The Canadian town of Fort McMurray, population 76,000, is the heart of Alberta's oil sands largesse – but the town is bursting at its seams with nowhere to expand because the land surrounding it is owned by oil companies.

The government's answer to this is to cancel all the leases on 22,000 hectares of land surrounding Fort McMurray—effective immediately.

In an agreement announced on 26 July, the government promised lease-holders fair reimbursement, with the municipality purchasing the land from the province over the next five to 15 years.

This acreage is more than twice the size of Fort McMurray today, and the idea is to make the town two-thirds the size of Calgary.

For Fort McMurray—whose population is expected to double by 2030 thanks to the very oil sands industry is must now evict—it is a necessity. The town needs more housing and infrastructure, but has nowhere to put it.

"This lack of land has tied our hands when it comes to planning future development, but it's also led to all sorts of challenges from sparse housing options, limited commercial retail entities and a non-existent space for social profit groups: churches, community halls, store fronts, just to name a few," Mayor Melissa Blake told reporters on 26 July, when the decision was announced. "Today that all changes." (edmontonjournal.com/business/Milestone+land+agreement+gives+Fort+McMurray+room+grow/8709813/story.html)

Oil sands companies have mixed feelings about the deal. Though the purchase of their leases will be based on fair market prices, some are not convinced they'll be compensated for all the money they've spent developing oil sands here—just to lose their leases.

The most affected will be Value Creation Inc., which holds leases on the largest swathe of territory slated for Fort McMurray's urban development. According to the Edmonton Journal, the company had planned to develop oil sands reserves here and then return the land to the Fort McMurray authorities—along with newly laid roads—in 10 years. But Fort McMurray can't wait.

Value Creation says the decision, at least, removes any uncertainty about what is going to happen with these leases. Company advisor Rick Orman noting that the government had been stringing it along for four years while the company continued to spend money on development. Orman also questioned the need to expand Fort McMurray to such an extent, calling it "excessive". 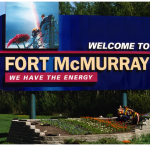 Alberta Oilsands Inc. (aboilsands.ca), however, is less wary. While it's invested $50 million developing its Clearwater assets here since 2007, it's getting all its money back, plus interest, and some potentially sweet replacement property thrown into the deal.

AOS CEO Binh Vu told Oilprice.com: "While we are disappointed at not being able to move to production at Clearwater, with the malaise in the junior markets AOS is trading today at a market capitalization of only half of what the government remuneration will be based on our expenses at Clearwater and interest–so it will be a real boon for current shareholders and investors."

Do companies having their leases cancelled have anything to worry about and should their shareholders be concerned? We don't think so – we copied the below from the Mines and Mineral Act which clearly states how companies will be compensated:

1. Cost of acquiring the lease including annual license fees and application fees;
2. Wasted exploration and development expenditures;
3. Reclamation costs;
4. Interest of approximately 5 per cent (calculated as Alberta Treasury Branch prime plus 1 per cent).

By. James Stafford of Oilprice.com

Cameron aims at two birds with one stone