New EU rules exempting more small and medium-sized businesses from having to have an annual audit could damage the ability of SMEs to access bank lending if they decide to opt-out, warns Syscap, a leading independent finance provider.

Syscap says that many small and medium-sized businesses are likely to choose not to carry out an audit once the EU rule change comes into force, in order to reduce their costs.

However, it points out that high street banks normally require three years of audited accounts before making a decision on whether to lend to a small business, effectively cutting off access to funding for those without.

Syscap says that although the UK Government has until 2015 to implement the EU directive, it could introduce it sooner rather than later as part of its renewed drive to cut red tape for small companies.

Philip White, Chief Executive of Syscap, comments: “Dropping audits could prove to be a false economy – too many banks are refusing to lend if the borrower does not have audited accounts.

“While moves to reduce the red tape burden on SMEs are generally a good thing, this change could have serious unintended consequences.

“It could cause severe financial difficulties even for well-run, profitable companies wanting to invest in growth and development. It may even threaten their very survival. 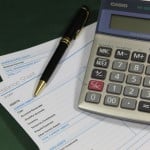 “The banks’ strict approach is unlikely to change as they are under continuing pressure from regulators to reduce risk, leading to more stringent due diligence in their lending decisions. Audited accounts provide them with impartial, third-party assurance of the company’s profitability and make a yes or no decision much easier to make.

“A lack of audited accounts can also give some lenders an excuse to say “no”.

“Many small companies only find out how important an audit is when they need to borrow from the bank – but by then it is too late to build up the years of audited accounts that banks want to see."

Philip White adds that although some specialist lenders like Syscap do not require audited accounts when making a lending decision because they use more detailed criteria and in-depth market knowledge to assess a business’ performance, SMEs should still consider the benefits of having audited accounts.

Philip White says: “Even though opting-out of an audit may seem appealing, auditing the accounts means they will be of a far higher quality.”

Syscap point out that a recent study* has shown that when UK accountants were required to start signing off an audit personally the quality of their audit work improved. By implication that would suggest that fully audited accounts are more reliable than accounts that do not have a final audit sign off.

* Costs and Benefits of Requiring an Engagement Partner Signature: Recent Experience in the United Kingdom – Carcello and Li (2012)

Over 50s could be overlooking the best credit card deals