PETA has taken advantage of new laws that come into effect today that allow copyrighted material to be used for the purpose of parody, caricature and pastiche.

PETA has already used this technique in the US where such use of protected material is already permitted on a fair dealing basis. KentuckyFriedCruelty.com and BloodyBurberry.com are examples of this.

Now though PETA has taken on Fortnum & Mason through its ‘Force-fed & Murdered’ website.

PETA says its web-site evokes the look and feel of the original Fortnum & Mason web-site. But goes on to say that ForcefedAndMurdered.com, reflects the store's shameful support of foie gras, a vile food product made by force-feeding terrified ducks and geese until their livers become diseased and swell to up to 10 times their natural size.

"Fortnum & Mason's image has already been tarnished by its sale of unethical foie gras, which is so cruel that its production is banned in Britain, and now we are bringing further attention to this by using another British value: ridicule", says PETA Director Mimi Bekhechi. "It's a scandal that Fortnum & Mason, a store that trades on its British heritage, continues to sell foie gras, when the majority of Brits support a ban on the sale of this vile victual." 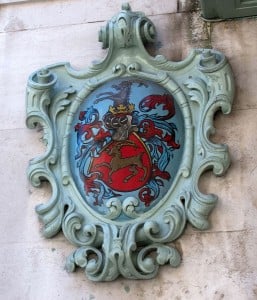 A PETA undercover investigation into the farms in France from which Fortnum's distributor obtains foie gras revealed that force-fed geese have knives plunged into their throats during slaughter without prior stunning. During foie gras production, huge amounts of grain and fat are pumped into the stomachs of geese through pipes that are rammed down their throats several times a day. Their distended livers press against their lungs, making breathing difficult and causing them to pant constantly. Veterinarians and avian experts agree – there is no humane way to produce foie gras.

Almost every major store in the UK, including Selfridges, Harvey Nichols and House of Fraser, has dropped foie gras, as have all major supermarkets. Other British institutions that have disassociated themselves from this inhumane product include the British Academy of Film and Television Arts, Wimbledon, Lord's Cricket Ground and the Royal Shakespeare Company, and Prince Charles himself refuses to allow it on Royal menus.

For more information and to view the video footage, please click here or visit PETA.org.uk.

Why we should feel sorry for (some) bankers