Well, unlike many retailers, it looks like Starbucks Corporation (NASDAQ/SBUX) knows how to boost sales—at least momentarily. The company managed to sell 1,000 limited edition metal gift cards at $450.00 a pop via Gilt.com in a matter of seconds. Apparently, this high level of demand and consumers' reactions to the rare gift card were a repeat of last year, when the company offered a similar product.

Now, this gimmicky kind of sales strategy, while working for Starbucks, likely won't work for many other companies in the retail sector. Instead, I think these companies could face a margin squeeze over the final weeks of the year, which have proved critical for the retail sector in the past.

The problem is that the retail sector didn't report strong results on Black Friday and the subsequent key shopping days, despite retailers' attempts to attract consumers by pulling out all the stops, including longer shopping hours (earlier store openings, later closings), heavy advertising, and steep discounts. 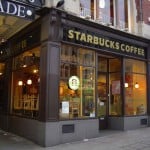 Of course, the operators in the retail sector will soon need to clear out their winter merchandise, and that means great discounts for consumers ahead but pressure on sales margins for the retailers. The end result will likely be sales and earnings coming in lower than expected. And this means we could see more retailers hurting when they present their fourth-quarter results.

For the retail sector, the next few weeks will be a battle between the retailers for consumers' limited spending dollars. This means that heavier discounting to clear inventory will likely take place.

In the luxury end, my top pick is Michael Kors Holdings Limited (NASDAQ/KORS). I also like Tiffany & Co. (NYSE/TIF).

But for playing the broader retail sector, which could show weakness, I would suggest investors look at exchange-traded funds (ETFs) that play the short side of the retail sector. You could consider buying put options on the SPDR S&P Retail ETF (NYSEArca/XRT) to play a possible downside move.

Alternatively, for the more aggressive investor, you can simply buy the Direxion Daily Retail Bear 3X Shares (NYSEArca/RETS) ETF, which is an aggressive short play on the retail sector.

CHART OF THE WEEK: The UK Exchange Rate