Watching David Cameron stand grinning at his podium while the French president threatened the British public with 'consequences' for voting to leave the EU yesterday, people might have been worried that the tall tales of Calais migrants descending on Kent in their thousands 'overnight' could just possibly be true.

While Mr Hollande was vague about what those threats might be, economy minister Emmanuel Macron had referred to Calais specifically. Had something changed since the Interior Ministry confirmed last month that opening the border would be 'a foolhardy path France will not pursue', being likely to 'send a signal to people-smugglers' and trigger 'a humanitarian disaster'? (Besides the urgent need to scare British voters.) 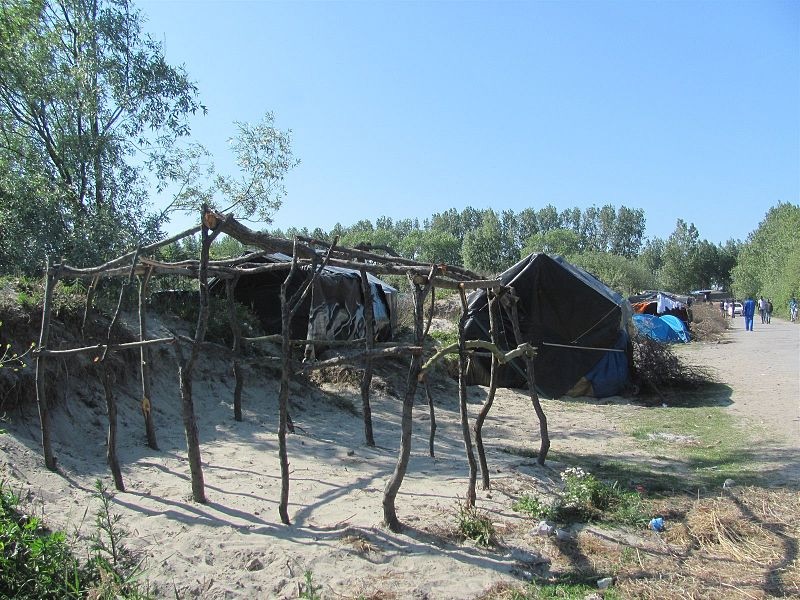 As it turns out, no. Asked by ITV what would happen after Brexit last night, the French Interior Minister said France would 'go on building with Great Britain a good immigration policy, especially at Calais'.

Asked what he made of Mr Macron's comments, he slapped them down coldly: 'Mister Marcon is not involved in immigration policy in France. He's involved in economical problems. That is a tremendous job for him.' It doesn't get much clearer than that!

The migrant camps were in Sangatte before Le Toquet, and if the worst came to the worst they would still be there after it, because the UK is protected by the English Channel. Migrants who did come through would be stopped in the UK and turned around, as thousands are each year already.

But the French minister responsible for immigration has now confirmed for the third time since last October that things will not come to the worst, because it makes sense for France to have British money and British personnel assisting them in Calais. Tearing up Le Toquet is the last thing they need.

The Government-backed stay campaign has already destroyed much of its credibility making absurd claims that Brexit will make public heath worse, see army checkpoints return to the Northern Irish border and all the rest of it. Calais migrants invading Kent was the most ridiculous of the lot, and now that the French government have definitively buried it my advice would be to give it up and salvage what's left of their reputation."

The real threats to our borders and security remain Free Movement, which the Government's own official reports admit is "extensively exploited" by organised criminals and people-traffickers, the European Court of Justice, which frequently prevents us from deporting foreign criminals, and EU threats to terminate the Dublin Regulation, which allows us to turn around bogus asylum seekers coming to the UK through safe countries.