A new poll reveals French have bleakest economic outlook, but are most supportive of a European-wide wealth tax to cover the costs of any future bailouts

As a leaked internal briefing reveals that the German government is deeply concerned about France’s economy, a new pan-European YouGov poll shows that the French are the most pessimistic about their household’s economic situation and that of their country.

An internal assessment from the German economics ministry points out that France has the “second lowest annual working time” in the EU, while its “tax and social security burden” is the highest. Meanwhile, the briefing calls French President Franois Hollande’s economic reform plans “meandering”.

According to YouGov’s EuroTrack poll, which tracks public opinion in Britain, Germany, France, Denmark, Sweden, Finland and Norway, 60% of people in France expect their household financial situation to worsen over the next 12 months. This is nearly double the percentage (32%) of people in Germany who expect their financial situation to deteriorate.

When asked how their household financial situation has changed over the last 12 months, again the French are by far the most negative with 65% saying it has gotten worse, compared to 53% of Britons and only 34% of Germans who say the same.

Turning to public opinion about the country’s overall economic prospects, and nearly three-quarters (74%) of the French public say France’s economy has deteriorated over the last 12 months, compared to 55% of Britons, and just 37% of Germans who say the same.

Looking ahead, more than two-thirds (67%) of people in France say they expect the country’s economy to worsen over the next 12 months, compared to 40% of Britons and 38% of Germans who believe the same about their countries’ economic prospects.

The YouGov EuroTrack poll also reveals that the French are the most supportive of German plans for a special ‘wealth tax’ – targeting assets of wealthy individuals – in order to fund any future bail-outs of troubled Eurozone economies. 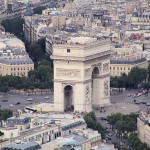 Asked if they would support or oppose a wealth tax being introduced for the wealthiest people in those countries requiring a bailout, and 67% of the French are in favour, compared to 53% of Germans and only 39% of Britons.

The French are even more supportive of a wealth tax being introduced in ALL Eurozone countries, with 74% in favour, compared to 56% of Germans and 35% of Britons.

Commenting on the poll, YouGov Director of Political and Social Research Joe Twyman said: “While this leaked briefing document will no doubt put strain on relations between France and Germany, as we can see from this poll the divide between these two nations goes much deeper than internal politics. It is more apparent than ever that Germany is the Eurozone’s main economic driver, while people in France appear to recognise that their own economy is in trouble. The fact that the French are most in favour of a pan-European wealth tax, however, may indicate that France’s economic woes will help rather than hinder German plans.”

What NIKE’s Earnings Could Reveal About This Proven Wealth Creator