Many cities in Europe are changing, according to a new report which points to rapid transformations in urban transport in some areas. While cycling and efficient public transport are becoming the norm in some urban areas, Europe's transport sector is still a major contributor to excessive levels of greenhouse gases, air pollution and noise, the report says.

Changing transport in cities is just one story in the 2013 edition of the annual Transport and Environment Reporting Mechanism (TERM) published by the European Environment Agency (EEA), which presents a comprehensive analysis of transport's effect on the environment in the European Union.

Urban transport has a marked effect on quality of life for the three quarters of Europeans living in cities. Road transport is a major source of air pollution in cities, leading to a high proportion of the population being exposed to pollutant levels above EU and World Health Organisation standards. The seriousness of this was underlined in October when the UN classified outdoor air pollution as carcinogenic.

Traffic noise is also a major health issue in many cities. More than a quarter of the inhabitants of Sofia, Luxembourg, Paris and Tallinn are exposed to night-time traffic noise above WHO limits, according to data on 17 European capitals published in the report. Quality of life is also affected by commute times, with commuters in London and Budapest are most likely to travel more than an hour to work, according to a survey of 75 cities in the EU and Turkey. 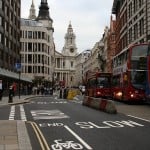 Many cities have successfully improved the urban environment by addressing two sides of the issue – encouraging people to switch to non-motorised modes and public transport, while simultaneously restricting car use. Despite initial opposition, such schemes often become very popular with residents, the report notes, citing the example of Stockholm's congestion charge. The report argues that such positive examples should encourage municipalities to replicate policies elsewhere.

"Many cities are applying innovative ideas which will make the car-based transport system seem like an idea belonging to the last century. City life does not have to mean polluted air, congestion, noise and long travelling times. New ideas in urban transport are transforming many cities into more pleasant, healthy places to live."

Better cycling infrastructure in many cities is starting a self-reinforcing pattern of increasing bike traffic, the report notes, referring to the Copenhagenize Index of bicycle-friendly cities. For example, Seville recently moved rapidly up to fourth place due to the extensive new infrastructure for bikes, which has allowed bike traffic to increase from 0.5 % of kilometres travelled to 7 % in just a few years.

– In the EU, greenhouse gas emissions from transport fell slightly (0.6 % – not including international maritime transport) between 2010 and 2011. However, deeper year-on-year cuts will be necessary to meet the target of cutting emissions by 60 % of 1990 levels by 2050 [1], the report shows, as current transport emissions are actually 25 % above 1990 levels.

– Emissions reductions were limited by rising aviation emissions, which went up 2.6 % between 2010 and 2011. This increase follows the more general trend in air passenger demand, which grew by two thirds between 1995 and 2009. Overall, Europeans are travelling more than ever before. While plane travel reached an all-time high in 2011, car passenger transport decreased slightly, according to the report.

– New cars have become more efficient in line with EU legislation, the report shows, suggesting that many manufacturers will meet their 2015 target for average new car fleet efficiency ahead of time. However, there are some differences between real-world driving emissions and the emissions recorded in the test cycle, the report states, so a new international standard test may soon be introduced to resolve some of these issues.

– Renewable energy in transport is not increasing as fast as it should do -Member States have agreed to increase renewable sources to make up 10 % of energy consumed in transport, but in 2011 levels were below the necessary 'target path' at a 3.8 % average of all EU Member States. Most of this energy comes from biofuels, which must meet sustainability criteria to be counted.

HSBC Bounces Back After Blue Monday