FSA ‘acts as lobby group for the City’

The UK’s financial regulator is compromised by corporate capture and is increasingly acting as a lobbying arm for the sector it is supposed to regulate, a new report reveals today.The report, ‘Financial Services Authority: watchdog or lapdog?’, by the World Development Movement, documents how funding from the City of London, a board dominated by figures from the banking sector, and a rapidly revolving door have lead to a close relationship between regulators and the financial sector.

The report exposes the Financial Services Authority (FSA)’s use of its resources to influence financial reform legislation in the financial sector’s favour. It argues that the regulator is working to prevent effective regulation of the commodity markets, where financial speculation has contributed to sharp spikes in food prices.

A text drafted last week by an FSA secondee in the European parliament has proposed to severely weaken European Commission proposals to regulate the commodity markets, failing to reflect the concerns of many MEPs.

FSA staff have been seconded to every UK and EU institution involved in financial reform, and are lobbying MPs in the European parliament with briefings, presentations and proposals for amendments to legislation.

The report also exposes the lack of transparency in the FSA’s engagement with outside interest groups. The agency has increasingly rejected open consultation, instead holding private meetings with individual lobbyists. The World Development Movement has learned that in the six months to the end of April 2012, the agency held 53 meetings on the regulation of the commodity markets, of which 46 were with groups representing City or other commercial interests.

Paul Sharma, the FSA’s Director of Policy, claims to be unconcerned about the influence the financial sector holds over the regulator, telling a conference in March: “The first thing to say about regulatory and supervisory capture is that it is a normal human process.”

“The role of our financial regulator should be to lay down the law with the financial sector, not to lobby in its interests. We’ve already seen the impacts of the chaos and damage caused by the FSA’s cosy relationship with the City and its consequent failure to properly regulate the sector in the run-up to the financial crisis. We need the FSA to halt its lobbying activity now, and when the new bodies are set up, for stronger governance structures to be put in place to avoid corporate capture by the finance sector from the start.“ 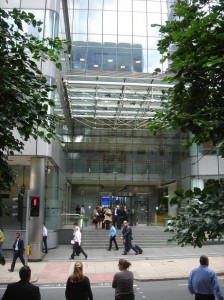