The FSA has announced that it has launched an initiative to outlaw the types of sales incentives that end up with financial products being mis-sold.

Speaking in London at a Thomson Reuters Newsmaker event the managing director of the FSA, Martin Wheatley, said that a cultural change was needed, starting right at the top, to end these practices.

After the years of PPI and other mis-selling cases this does though seem to be coming rather late in the day, but at least it is coming.

In his speech he bemoaned the oft told tale of entering a bank to conduct a simple transaction but ending up being bombarded with questions about extending credit, more insurance or looking at a re-mortgage.

Mr Wheatley, who is also the chief executive officer designate of the Financial Conduct Authority under the upcoming new financial services regime, said that “We, as the regulator, intend to change this culture of viewing consumers simply as sales targets and I am going to be personally involved in getting this right”.

He also said that these badly formed incentive schemes were central to many scandals seen over the years, and pointed specifically at the PPI saga as an example.

Martin Wheatley referred to a review of the financial initiatives of 22 firms, which uncovered some serious failings:

The creator of moneysavingexpert.com, Martin Lewis, who also spoke welcomed this initiative saying that poor sales incentives had resulted in “…calculated mis-selling being a constant part of the financial services landscape”. And went on to say that the bosses would have to get behind this initiative to show that they were “…not there just to make a fast buck”. 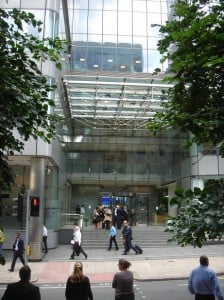