FSCS depositor and policyholder protection to be lowered to £75,000

The Prudential Regulation Authority (PRA) is today announcing changes to depositor and policyholder protection provided by the Financial Services Compensation Scheme (FSCS). For the majority of depositors currently covered by the FSCS, the existing level of deposit protection (£85,000) will be maintained for six months before changing to £75,000 after 31 December 2015.

The PRA is required by the European Deposit Guarantee Schemes Directive to recalculate the FSCS deposit protection limit every five years and set it at a sterling amount equivalent to EUR 100,000. The process and timing is specified by the Directive and is not at the PRA’s discretion.

The FSCS currently protects deposits up to £85,000 in the event of the failure of a bank, building society or credit union. This compensation limit was set in December 2010, based on the sterling equivalent of
EUR 100,000 at the time.

The new limit has been set today at £75,000. However, HM Treasury has today put in place legislation to maintain the existing limit of £85,000 until 31 December 2015 for depositors who were previously protected by the FSCS and continue to be protected (including individuals and small companies). This transitional measure helps to ensure that depositors have suitable time to plan for and adjust to the change and will protect most depositors from experiencing a sudden change in the amount of compensation available in the event of the failure of a bank, building society or credit union. 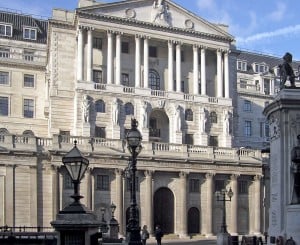 The Directive also extends deposit protection to some categories of depositors that were not previously protected by the FSCS, such as large corporates. The new limit of £75,000 will apply to these newly protected depositors from today.

For those depositors who were previously protected by the FSCS and who are contractually tied into products with balances above £75,000, the PRA is consulting on rules to help manage the impact of the limit change. This consultation ends on 24 July 2015. Pending the result of the consultation, the intention is to allow depositors to withdraw funds between the old and new limits without penalty from 1 August 2015 until 31 December 2015 if they experience a decrease in deposit protection as a result of the limit change.

From today, 3 July 2015, depositors with temporary high balances will be covered up to £1 million for six months from the date on which the money is transferred into their account, or the date on which the depositor becomes entitled to the amount, whichever is later. This is to ensure that depositors are protected when they deposit funds over the limit as a result of specified events, including following a house sale or funds received from a ‘life event’ such as a divorce settlement or inheritance, for a period of time until they have had sufficient time to spread the risk between institutions to appropriately protect these funds.

For insurance policyholders, the PRA has changed the insurance limits for FSCS compensation to increase protection for policyholders in the event of an insurer failing. This increases the limit to 100% of cover for all long term policies, for professional indemnity insurance and claims arising from death or incapacity. This reflects the potential for significant adverse consequences to policyholders, and the wider financial system, of cover being disrupted. The limits for all other types of insurance remain the same.