Full Casting Announced for Midsummer Night's Dreaming at the RSC

The Royal Shakespeare Company’s one-off digital theatre project Midsummer Night’s Dreaming, will take place live in Stratford-upon-Avon and online, in collaboration with Google over the Midsummer weekend, 21 – 24 June 2013. People across the world can follow the story unfolding in the real-time of the play online at dream40.org/.

The entirety of A Midsummer Night’s Dream will be performed unaltered over three days by a group of returning RSC actors directed by RSC Artistic Director, Gregory Doran, who will rehearse for one week leading up to the weekend.

During the rehearsal week starting on Monday 17 June audiences will be provided with opportunities to follow the project online and gain an insight into its development through a series of Google Hangouts. Audiences will be able to talk to the actors whilst they are in rehearsals with the ‘Actors Diary Room’ and at 7pm every day there will be a discussion with members of the project creative team. Full details of the programmed discussions are below; all ’Hangouts’ can be viewed at www.google.com/+royalshakespearecompany. 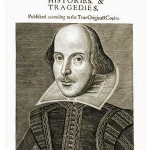 From Friday 21 June the actors will perform the scenes in the real-time of the play:

The story will be reported as it happens through Google+ and other social media platforms by 35 new characters such as the Mechanicals who didn’t get cast in Pyramus and Thisbe, created by a group of commissioned artists. Audiences can watch the story unfold on the online stage from 8pm on Friday 21 June when the story begins on dream40.org. They can also interact and contribute to the story through using the hash tag across all social media #Dream40.

On the afternoon of Sunday 23 June, everyone is invited to celebrate Midsummer in Stratford-upon-Avon for a wide range of free outdoor activities for the whole family taking place in the theatre’s gardens and open-air stage – The Dell. Full details are available here: www.rsc.org.uk/whats-on/midsummer-nights-dreaming/live-events.aspx

After the event, the RSC will release an online audio recording of A Midsummer Night’s Dream performed by the acting company, which will be annotated with the content and side-stories created by the commissioned artists and audiences over the weekend and posted on Google+. This will be available from Monday 24 June at www.rsc.org.uk.