Full casting is now confirmed for Gregory Doran’s production of Richard II which plays in the Royal Shakespeare Theatre in Stratford-upon-Avon from 10 October until 16 November before transferring into the Barbican Theatre London from 9 December for a seven week run.

Directed by RSC Artistic Director Gregory Doran and with David Tennant in the title role, the production, as previously announced, will also be the first in the Company’s collaboration with Picturehouse Entertainment – ‘Live from Stratford-upon-Avon’- a new programme to screen RSC productions live from Shakespeare’s home town. The production will be filmed during the performance in the RST on 13 November 2013 and simultaneously screened into over 100 cinemas around the country whilst also being available in North America, Australia, Japan and Northern Europe.

The RSC is also opening up its work behind the scenes on this show through a series of short films available online during the run-up to the screening, beginning on Friday 30 August. There will also be live footage on the night, before the show’s screening and during the interval. This will be hosted by broadcast journalist Suzy Klein. 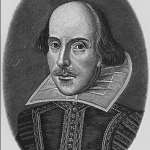 The production is designed by Stephen Brimson Lewis with lighting by Tim Mitchell and sound by Martin Slavin. The movement director is Mike Ashcroft and the Fight director is Terry King. The production’s music is composed by Paul Englishby.

The Company is also offering a unique opportunity to schools across the UK to experience Richard II in the classroom at 9.30am on 15 November 2013. This will build on the success of its first direct-to-the-classroom interactive stream last year with Tim Crouch’s one man show I, Cinna.

The full production of Richard II will be streamed direct into up to 1000 schools, reaching an estimated 60,000 students through a collaboration with Ravensbourne College and the JANET Network. It will be accompanied by a live studio link-up hosted by Konnie Huq, who will introduce the webcast. Members of the creative team, including Gregory Doran and David Tennant, will also be on hand to take part in a live online Q&A with participating students.

Alongside the webcast, the RSC will create an extensive package of online resources for use by teachers and students in the classroom, both in the lead up to the broadcast and for use as follow up materials afterwards.

The 25 cultural experiences everyone should try

The Ghosts of the Royal Shakespeare Company