By the end of December 2014, Fundbase Fund Services AG, a wholly owned subsidiary of the Pfaeffikon-based Fundbase Holding AG, received approval from the Swiss Financial Market Supervisory Authority (FINMA) to act as representative and distributor of foreign collective investment schemes for qualified investors in Switzerland.

At the same time, Fundbase has been fortunate to recruit Lilian Klose-La Scalea, who has a long track record as a hedge fund expert. As Managing Director of Fundbase Fund Services AG, she will now be responsible for expanding the company's representation and distribution business.

Fundbase Fund Services AG, which since September 2014 has provided free access to its hedge-fund platform Fundbase.com to qualified investors in Europe and the USA, was granted the license by the Swiss financial service regulator FINMA at the end of December 2014 for representing and distributing foreign collective investment schemes. Going forward, foreign investment schemes targeting qualified investors in and from Switzerland can appoint Fundbase to act as their legal representative and thus comply with the impending deadline of 28 February 2015 for foreign fund managers (see below). This positions Fundbase as the first regulated online hedge-fund platform globally. 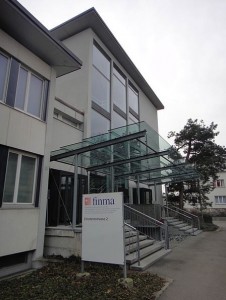 The platform complies with all necessary requirements for distributing foreign alternative investment products to qualified investors in and from Switzerland. In turn, the qualified and professional investors active on Fundbase.com, such as banks, family offices and asset managers, benefit from the safety of a regulated service provider of data and investment opportunities in an easy and innovative way. Building up this new distribution and representation business further expands Fundbase's offering for foreign hedge funds.

In order for Fundbase to build up its distribution and representation business with the FINMA approval, the company appointed Lilian Klose-La Scalea as managing director for the new business arm at the end of 2014. Lilian Klose-La Scalea is a highly experienced hedge-fund specialist. From 2011 she was responsible for launching Swiss Fund Platform AG as a sister company of Swiss Multi Family Office Corum Vermögensverwaltung AG. Before that she was responsible for building up the Hedge Fund Competence Center at Bank Sal Oppenheim (Schweiz) AG, which she first joined in 1994 as a client relationship manager in Private Banking. In 2004 Lilian Klose-La Scalea switched to Credit Suisse AG, where she worked as product manager in the Alternative Investments division. In 2007 she was appointed head of "Fund of Hedge Fund Advisory". In this role, she was responsible for selecting third-party fund of hedge funds providers, as well as supervising internal training and marketing activities.

The two FINMA approvals enable Fundbase Fund Services AG to position itself as a leading service provider for foreign alternative investments in Switzerland, as the transitional period for complying with the new rules governed by the revised Collective Investment Schemes Act (CISA) is about to end in Switzerland on 28 February 2015. By then, all foreign collective investment schemes targeted at qualified investors in Switzerland must have appointed a Swiss representative and a Swiss paying agent. According to Fundbase an estimate of 7000 foreign hedge funds have been allocated in client portfolios in Switzerland. Fundbase reckons that the majority have not yet nominated a legal representative and paying agent in Switzerland.

Fundbase's unique value proposition is in combining its globally active hedge-fund platform based on state-of-the-art technology with its regulated service offering. "With our specialization in hedge funds, access to investors via our platform, and our offering that meets all regulatory requirements, we are able to sustainably open up the Swiss market for the world's most innovative hedge funds", comments Michael Appenzeller, Chairman of the Board of Directors of Fundbase Holding AG.

The hedge fund platform Fundbase.com is operated by Fundbase Fund Services AG, a subsidiary of Fundbase Holding AG, a start-up company founded by a group of alternative industry and technology entrepreneurs in 2013. Its head office is in Pfaeffikon (Switzerland), and it also has branches in New York and in Bratislava. The companies belonging to Fundbase Holding AG employ around 20 people. Fundbase.com has roughly 1000 hedge funds on its platform, as well as nearly 1000 users from a global investor base.. Fundbase has an Advisory Board overseeing the development of the business: Zak Mandhro, Senior Partner Technology Manager at Google San Francisco, Prof. Dr. Bertrand Meyer, ETH Zurich, Dr. Marcel van Lohuizen, Tech Lead Manager at Google Switzerland GmbH, Daniel Sauer, Head of Operation, Risk & Systems at a Swiss-based Single Family Office and Heiner Schellenberg, member of the board of directors of Proseba (Schweiz) AG.

The war of economies: Some to celebrate, some to panic

Markets mark time waiting for the next crisis