Beauties Team Up With PETA to Highlight Toxins in Animal Skins

A trio of nearly naked models – dressed in little more than knickers and gas masks – braved the cold on Brewer Street on Friday at the official opening of London Fashion Week.

The striking PETA supporters reminded attendees that fur clothing and accessories are cruel to animals – and toxic to humans.

"There's nothing fashionable about fur torn from the bodies of struggling animals and then laden with chemicals that are dangerous to people who wear it", says PETA Associate Director Elisa Allen. "PETA is urging kind people to choose fur-free clothing for the sake of their own health and animal welfare." 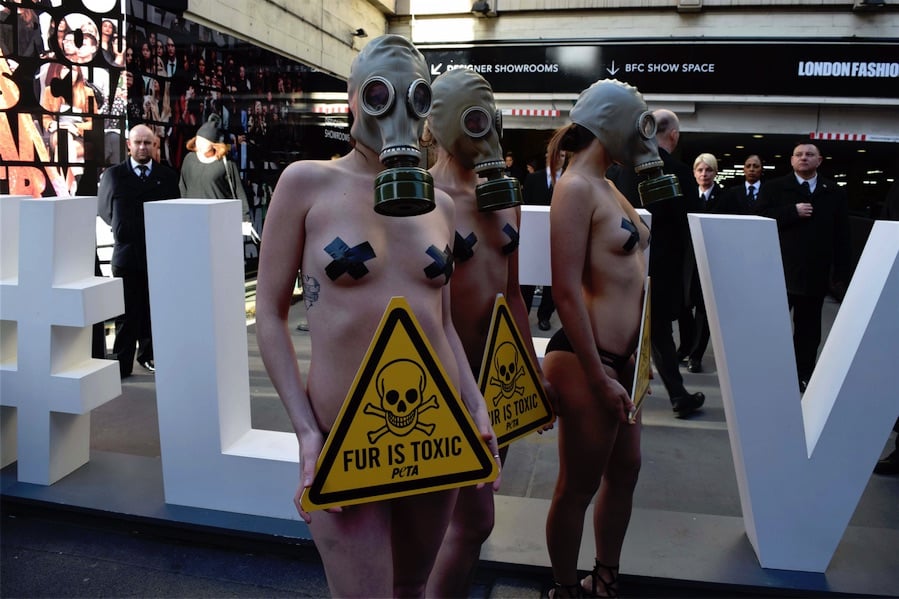 As noted by PETA, whose motto reads, in part, that "animals are not ours to wear", a newly released study documented unsafe levels of potentially carcinogenic chemicals in fur-trimmed children's clothing sold by several brands, including Canada Goose, Nickelson, Airforce and Woolrich. The shocking results from the Bremer Umwelt Institute in Germany revealed that the raccoon dog and coyote fur contained large amounts of toxic substances, particularly formaldehyde, which can cause allergic reactions and is considered a carcinogen, and ethoxylates, which are known to be disruptive to hormone production and reproductive organs.