New rates for the UK national minimum wage (NMW) come into force today (1st October 2014). From now those over 21 must receive a minimum of £6.50 an hour, a three percent rise over the previous £6.31.

According to the Low Pay Commission between 1.1 and 1.3 million people will gain from the increase with 60 percent of them being women, according to the TUC.

Recently, on 18th September, an open letter was circulated by a group of senior business leaders, which said:

"Now, as the economy recovers, we believe the minimum wage should rise faster than it has in the recent past. A stronger minimum wage will benefit businesses, improve public finances, and help tackle low pay. The economy is growing again. But we must ensure that all employees are benefiting from the recovery – especially the lowest paid in society who find it hardest to make ends meet."

Signatories to the letter included: 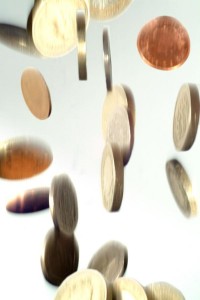 "It is good news to see the worst paid adult workers receiving a pay release above inflation for the first time for six years. But it's a muted celebration because the minimum wage would be worth at least £7 today had it kept up with rising prices.

"Politicians from all parties and many business leaders now agree that the minimum wage should increase far more rapidly. Britain needs a pay rise and a wages-led recovery is the best chance we have of sustaining economic growth and restoring living standards."