The Leaders’ Declaration at the G20 meeting in St Petersburg has committed to the development of two key initiatives: automatic exchange of information and the progression of the OECD’s Action Plan on Base Erosion and Profit Shifting (BEPS).

Amidst this declaration, however, is a failure to recognise that the OECD’s Action Plan – despite the fact that its intentions should be welcomed – is perhaps the most ambitious document tabled on corporate tax in recent times. It undoubtedly has the potential to be a genuine game changer for the international tax system.

The OECD should be congratulated for embarking on such a colossal initiative and one which by its nature alone will be fraught with difficulties. The timescale alone is hugely ambitious, as are some of the expectations, a number of which are arguably unrealistic within the projected deadlines.

Whilst a number of the proposals – particularly those simplifying procedures for multinationals – should be welcomed, substantial questions remain over the nature of the BEPS initiative and its outcomes. Perhaps the most fundamental question is around who will be driving the reform, particularly if it is to be a truly global project. A number of the G20 constituents, including large, developing economies such as Argentina, China and Brazil are not members of the OECD. There is therefore substantial risk that the OECD will lack the firepower to harness and control the G20 on this issue and implementation will undoubtedly be a nightmare issue further down the line.

The EU dimension is also disregarded. Given the substantial amount of law and case law already in place, how will reform of the tax system be introduced and how will it be compatible with EU rules? The Action Plan also throws out any prospective idea around unitary taxation, somewhat of a slap in the face to the EU’s work on the Common Consolidated Corporate Tax Base (CCCTB).

Geographic issues also arise regarding the effect of the proposals on developing countries. The report pays lip service to developing nations, but there are no real recommendations for reforming their existing systems. The result leaves us somewhat unclear as to which is highest up the OECD’s priority list – is the BEPS initiative more about the public’s concern over multinational tax planning, or the concerns arising from profits being diverted away from developing countries? 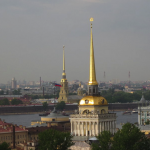 But perhaps the biggest concern is that the report fails to address the over-arching question of whether the taxation of business is the best way forward, both from an economic and moral perspective, as a solution to economic stagnation. Moreover, the document avoids any discussion of the intellectual basis for the recommendations, particularly around the concept of ‘fairness’ and what constitutes ‘aggressive’ tax planning. You would expect a stronger intellectual foundation for proposals which could fundamentally change the global system. The OECD needs to benchmark the correct way forward and agree what is ‘fair’ and whether it is, for example, a specific effective tax rate.

It remains to be seen how a global consensus will be achieved on the back of these initial proposals. Whilst one option is for the OECD to make specific recommendations, they will have no binding effect and importantly, most governments are currently dealing with their own significant budget deficits so are concentrating on stimulating growth – often by attracting investment through attractive tax regimes – above anything else.

Rare Family Legal Cases – When the Supreme Court Gets Involved