G20 communique – a non-strategy lacking any vision, responsibility or honesty

“Angela Merkel has managed to hold it together – just about. The divisions in the international elite have nearly been papered over by this statement, but at the expense of any meaningful strategy. The statement lacks any vision for getting us out of this crisis, takes no responsibility for the state of the world, and is evidently just so much hot air for most of the countries who signed onto it.

“Aside from empty words on ‘making globalisation work for the many’ and cracking down on tax dodging, the strategy is business as usual. More markets and more big business is the basic message. Merkel’s ‘partnership for Africa’ is more like a ‘partnership to exploit Africa’ – foisting the demands of international finance onto African countries in return for a bit of aid. Worst of all is the idea that markets and big business will decrease hunger. We already have enough food in the world to feed everyone. The very problem is big agribusiness, deregulated finance, and a market which prices people out of their basic needs. 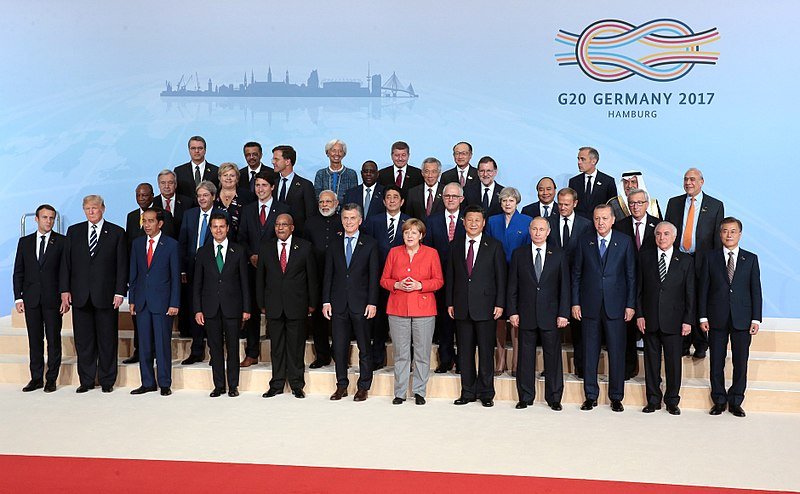 “When the G20 talks about migration and terrorism, they behave as if these phenomena are natural catastrophes. In fact, the military, economic and foreign policy of the richest countries have created the crisis that we now found ourselves in. And nothing in this strategy suggests they have any idea how to get out of it. It completely lacks vision for the sort of regulations necessary to genuinely create a world where everyone has their basic rights guaranteed.

“We know that behind the scenes, the G20 vehemently disagree on the way forward. And neither Merkel nor Trump have an answer that will lead to a more peaceful, sustainable or equal world. Only a mass movement for democracy and justice can solve the problems we face. Our task is urgent.”