The G20 meeting in Moscow will partly focus on the ongoing debate around the taxation of multinational companies. The discussion will be led by an OECD study into ‘base erosion and profit shifting’, commissioned by the G20, which has explored the use of tax strategies to minimise corporate tax payments across the globe and calls for stronger international cooperation going forward.

As the world’s biggest nations discuss potential solutions and the OECD develops its ‘Action Plan’ over the coming months, it is essential that a careful balance is struck so that an equitable solution to international tax planning does not threaten the way in which multinational companies interact and conduct their activities across borders.

What is crucial is to provide clarity on proposals as quickly as possible. Prolonged debate and naval gazing on tax issues creates a dangerous air of uncertainty for multinational companies, at a time where the still fragile global economy is in need of cross-border investment activity and growth. The OECD has already hinted at some potentially problematic, medium-term anti-avoidance legislation which will cause a significant financial burden for multinationals. If the international tax system is to be fundamentally reformed, then this should be clarified and implemented swiftly, rather than working towards a half-hearted solution that leaves corporates in the dark and further burdened.

Whilst a harmonised approach to international tax planning has its merits, there are significant risks around ‘double taxation’ for businesses, which could significantly impact investment, growth and jobs around the world. The problems associated with a unitary system have this week been illustrated by the outbreak of reaction against the EU’s Financial Transaction Tax, which potentially disregards long-term inter-country agreements, as well as threatening long-term economic growth for a number of regions.

The complexity of an international system also needs careful consideration. The location of taxable profits, or ‘permanent establishment’, for example, is an extremely difficult area, and one made even more complicated for companies with intangible assets, whose profits are essentially global in nature. 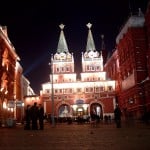 Fierce competition for inward investment between countries is also creating another hurdle for harmonisation. Internet companies in particular have been targets for public criticism, having been attracted to tax regimes where their large numbers of intangible assets are taxed in a much more accommodating manner. This has meant jurisdictions such as Ireland and Belgium have become hubs for companies in this sector to base their businesses.

There remains a necessity to strike the right balance between understanding the role of multinational companies, and the roles of their finance and tax departments to contribute to shareholder value, alongside the need to manage their tax responsibilities across a number of jurisdictions.

There would no doubt be considerable interest from multinationals in increasing their dialogue with the relevant tax authorities in the early stages of a project in order to obtain prior agreements for a particular initiative or investment. It is this, as opposed to a pursuit of harmonisation, that perhaps poses the best way forward.

Surge in sales of Doomsday bunkers