Food and drink companies wanting to gain acclaim for their business success, new initiative or star performer, can enter the Food and Drink Federation (FDF) Awards as of yesterday.

Free and easy to enter, the FDF Awards celebrate excellence across the food industry supply chain in areas such as health, environment, innovation and community. New awards categories for 2014 include 'Community Champion' and 'Rising Star', and sit alongside established favourites such as 'Apprentice of the Year' and 'Education Initiative'.

Company categories in the FDF Awards 2014 include:

– Exporter of the Year

– Apprentice of the Year

– Food and Drink Scientist of the Year

– Food and Drink Engineer of the Year 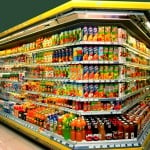 The closing date for entries is Friday 14 March 2014. Entries will be judged by panels of industry experts and the winners announced at an exciting awards ceremony on 18 September (provisional) at The Brewery, London.

"UK food and drink businesses and professionals have a huge amount to be proud of; on top of their continued and substantial contribution to rebalancing the UK economy, many are having a positive and sustained impact on the communities in which they operate.

"Food and drink businesses making the extra effort deserve to be celebrated as best in class. The FDF Awards amplify the hard work, creativity and achievements of outstanding food and drink businesses across the entire UK industry, providing well-earned recognition from industry peers. Manufacturers, retailers and foodservice operators who want to show their customers and competitors that they are leading the way should enter the FDF Awards today."