The gap between house prices in London and other major regional cities is at its widest for 20 years, according Hometrack’s UK Cities House Price Index.

Despite reports of a reduction in the gap between regional house prices, these city level figures, confirm that the slowdown in London is not happening as fast as some expected, with 4.6% growth in the three months to August and a 10% increase in the last 12 months. This is despite the ratio of average prices to earnings exceeding twelve times – a record high. 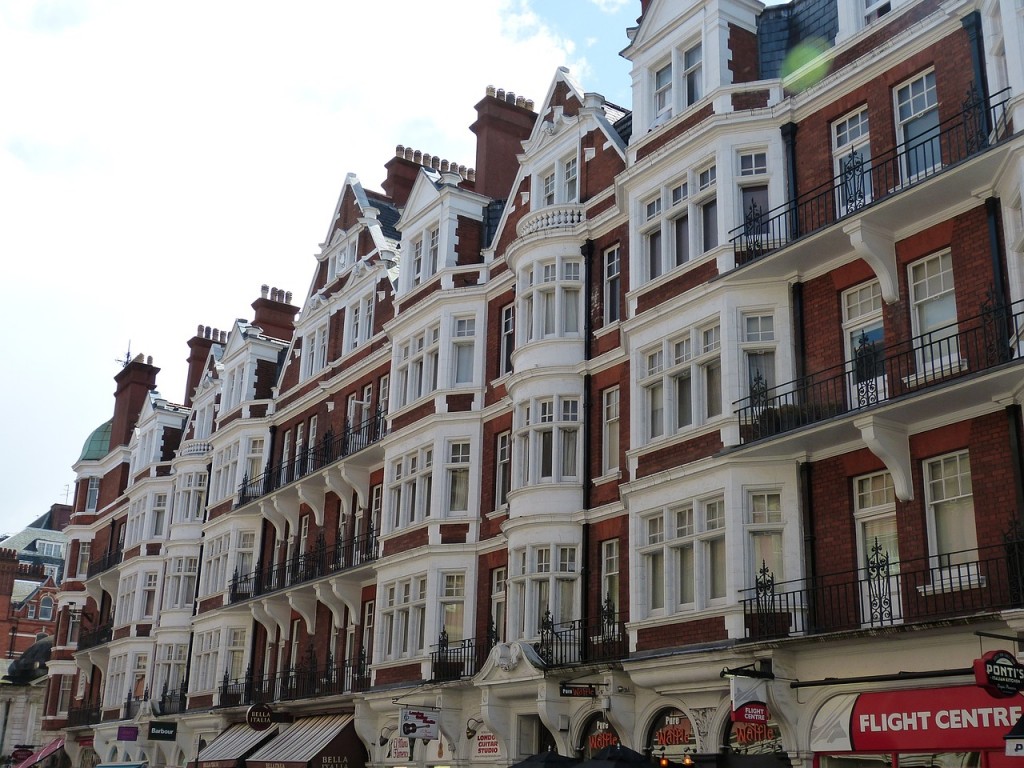 Overall city level house price inflation is running at 8.3% up from 6.6% in May. A 38% uplift in mortgage approvals for home purchase in the last 6 months shows the scale of mortgage based demand attracted by ever lower mortgage rates. A similar expansion has been recorded in sales volumes which has translated into higher prices across UK cities.

At a city level the highest rate of growth is in Cambridge at 11.2% and lowest in Aberdeen at -2% where weakness in the oil price is impacting demand for housing. Compared to a year ago house price inflation has increased in five cities led by Edinburgh and Glasgow where growth is running at 9% and 5.3% respectively. 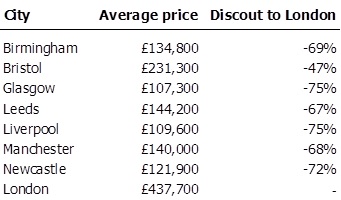 “City level house prices continue to increase as demand for housing grows in the face of constrained supply. A changing mix of buyers is compounding the scarcity of housing for sale with rising numbers of first time buyers and investors buying property while having nothing to sell. Only a recovery in the number of moves amongst existing home owners or an increase in new supply will ease the current housing scarcity which seems unlikely in the near term.

The gap between house prices in London and other major regional cities is at its widest level for 20 years. This highlights a seemingly over-valued London market, on a price/earnings basis, and the prospect of further price growth to come in the large regional UK cities.

London’s price earnings ratio is at an all-time high while there remains value in most other regional cities. The pricing differential to London could well assist city regions attract new investment as the cost of housing starts to influence decision making for both households and businesses.”

• City level house price inflation is running at 8.3% per annum in August, up from 6.6% in May as demand for housing increases in the face of scarce supply.

• The disparity between house prices in London and the largest regional UK cities is at its widest level for 20 years.

• The discount in average price from London ranges from 75% (Glasgow) to 47% (Bristol).

• The price / earnings ratio in London is over 12x times, compared to 6x in Cardiff and 4x in Glasgow.

• 50% of buyers in first half of 2015 had nothing to sell adding to the scarcity of supply and continued upward pressure on house prices.

IPSE defends use of locum doctors in NHS