As housing prices continue to rise at an alarming rate and the UK faces a seemingly insurmountable shortage of affordable living space, Nick Clegg has announced plans to build three new garden cities in an effort to house the growing population and avoid the disastrous reverberations of a bursting bubble. Clegg is quoted as saying; "The first spades won't hit the ground tomorrow, but that doesn't stop us putting pen to paper to plan the places our children and grandchildren can afford to live in the years to come." 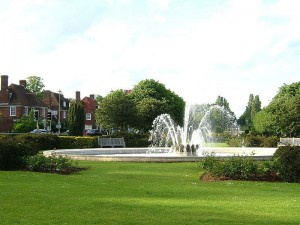 With long term housing requirements in mind, Clegg and the coalition are attempting to win over public opinion at a time when confidence in the government's ability to provide much needed public housing seems to be at a low. A number of high profile, exclusive housing projects for London's urban elite have recently been announced, further compounding the feeling that low cost housing in the UK is a thing of the past.

The three new cities, each of which will house some 15,000 residents, will be funded by a 2.4bn pot that has been made available for developments leading up to 2020. Local councils have been asked to tender applications and raise potential issues before the end of the summer with Clegg hoping to realise his radical vision sooner rather than later.

One of the problems Clegg is hoping to address is the spread of "ad-hoc urban sprawl” which has increased dramatically over the last 30 years. According to the Lib Dem leader this unplanned approach to city planning has neither stemmed the impending housing crisis nor created attractive places for people to live. Locals have protested at the loss of the surrounding green belt and residential ownership has declined as house prices have continued to rise. On the face of it, Clegg's announcement seems to be exactly what the UK housing market requires to accommodate a growing population.

However, in a later report, a Tory planning minister seemed to undermine Clegg's vision for more affordable housing by suggesting that no stipulations have been put in place to ensure that low cost living is made available. Developers would not be coerced into building cheaper houses and so these new garden cities might conveniently side step the issues currently being faced by the British public.

However you feel about the feasibility, or even desirability, of creating these new garden cities, the UK can no longer afford to ignore its housing issues. If you are struggling to find affordable property within the UK you might have to wait a while longer to take advantage of these greener cities. Another option for first time buyers is to consider building their own homes which is much more popular in Europe.

If this option interests you then information can be found throughout the internet with some excellent advice on the Channel 4 website. In most cases you will be able to source materials from places such as Neuffer Germany who are happy to help you with any advice regarding doors and windows.