Green Party: Gassing of badgers is ‘inhumane’ and must not get the green light

The Green Party yesterday called for an immediate end to all licensed badger culls and today voices its staunch opposition to the potential gassing of badgers.

The six-week badger cull pilot scheme in Somerset has now ended. However, the firm carrying out the cull has asked for more time after its marksmen fell short of killing the target of 70% of the badger population.

Mr Paterson said: "Until we can establish vaccines, we have to use the tools used by other sensible countries – which is to remove wildlife – we made it quite clear in our TB strategy we would look at other methods of removing wildlife, and yes we are looking at gassing, but we will not use it unless it is proven to be safe, humane, and effective."

"I am very disturbed by Mr Paterson's response to a question today from Green MP Caroline Lucas about the possibility of the government authorising the gassing of badgers. 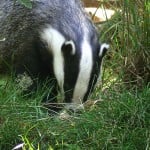 "This has previously, rightly been discarded as an inhumane option, and those arguments continue to hold.

"I very much hope his words will not be interpreted as a green light for illegal gassing of settings, of which there have been credible reports.

"Mr Paterson is right that we need to get serious about dealing with bovine TB and the losses it causes, which means he should be working with wildlife groups and farmers to develop a coordinated plan across England to vaccinate badgers and improve biosecurity to reduce transmission among cattle and between cattle, badgers and other wildlife.

"Every day he pursues the slaughter of indigenous, much-loved wildlife is another wasted day we are not taking real action to protect farmers from the heavy costs of bovine TB.”

Pay and productivity: the next phase