The BMGF is arguably the most influential actor on global health, aid and agriculture

The enormous amount of money and influence controlled by the Bill and Melinda Gates Foundation (BMGF) is dangerously and unaccountably distorting the direction of international development according to a new report published by campaign group Global Justice Now.

With assets of $43.5 billion, the BMGF is the largest charitable foundation in the world. It is arguably the most influential actor on issues of global health and agriculture, and distributes more aid for global health than any government. But critics argue that this concentration of power is undemocratically and unaccountably skewing the direction of international development in a controversial direction. The report, 'Gated Development – Is the Gates Foundation always a force for good?' argues that this could end up exacerbating global inequality and entrenching corporate power internationally. 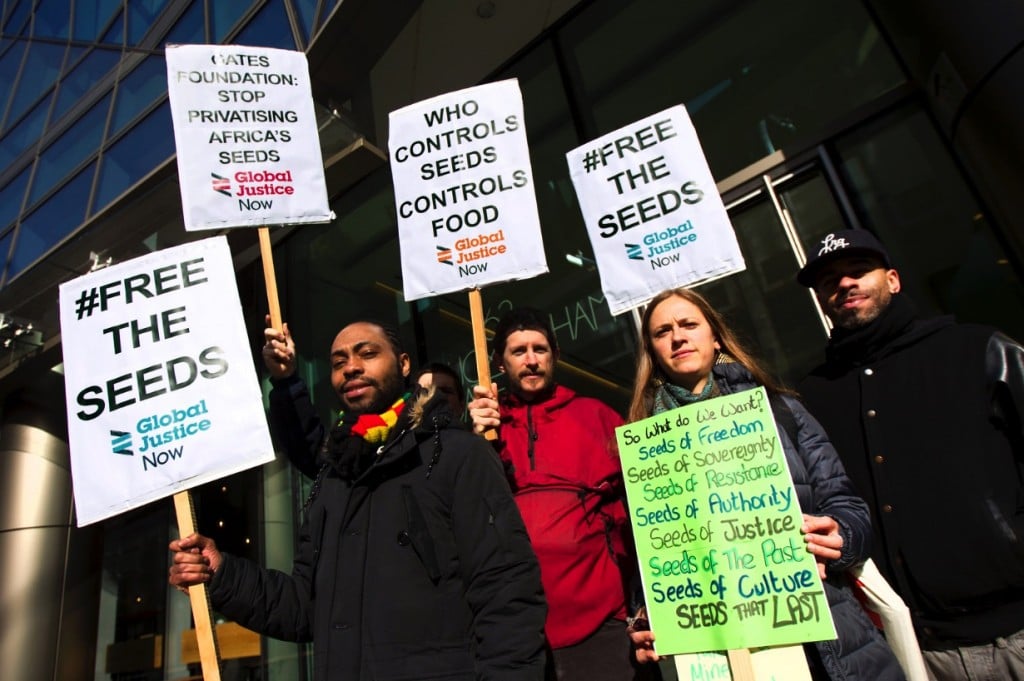 The influence of the foundation is all the more dangerous because numerous NGOs and agencies that are critical of many aspects of BMGF’s operations stay silent because of the money they are receiving from the programme.
Released at the same time that Bill Gates is promoting his brand of philanthrocapitalism at the World Economic Forum (WEF) in Davos, Switzerland, the report raises a series criticisms including:

• The relationship between the money that the foundation has to give away and Microsoft’s tax practices. A 2012 report from the US Senate found that Microsoft’s use of offshore subsidiaries enabled it to avoid taxes of $4.5 billion – a sum greater than the BMGF’s annual grant making ($3.6 billion in 2014).

• The close relationship that BMGF has with many corporations whose role and policies contribute to ongoing poverty. Not only is BMGF profiting from numerous investments in a series of controversial companies which contribute to economic and social injustice, it is also actively supporting a series of those companies, including Monsanto, Dupont and Bayer through a variety of pro-corporate initiatives around the world.

• The foundation’s promotion of industrial agriculture across Africa, pushing for the adoption of GM, patented seed systems and chemical fertilisers, all of which undermine existing sustainable, small-scale farming that is providing the vast majority of food security across the continent.

• The foundation’s promotion of projects around the world pushing private healthcare and education. Numerous agencies have raised concerns that such projects exacerbate inequality and undermine the universal provision of such basic human necessities.

• BMGF’s funding of a series of vaccine programmes that have reportedly lead to illnesses or even deaths with little official or media scrutiny.

Polly Jones the head of campaigns and policy at Global Justice Now said:

“The Gates Foundation has rapidly become the most influential actor in the world of global health and agricultural policies, but there’s no oversight or accountability in how that influence is managed.  This concentration of power and influence is even more problematic when you consider that the philanthropic vision of the Gates Foundation seems to be largely based on the values of corporate America. The foundation is relentlessly promoting big business-based initiatives such as industrial agriculture, private health care and education. But these are all potentially exacerbating the problems of poverty and lack of access to basic resources that the foundation is supposed to be alleviating.”

Global Justice Now is calling for the foundation to be the subject of an independent international review and evaluation. This could be managed and administered by the Development Assistance Committee of the OECD although this must involve a transparent commissioning process and include the participation of various stakeholders, notably those affected by foundation-funded projects.

The BMGF was sent a copy of the report in advance of its publication. Their response can be found on page 43.