£600 million in UK aid money is going to a scheme to help big businesses increase their profits in Africa, a report by the World Development Movement reveals today. The campaign group has slammed the scheme as fuelling a ‘corporate scramble for Africa’.

The UK government is channelling £600 million in aid to the G8-sponsored ‘New Alliance for Food Security and Nutrition’, claiming it will lift 50 million people out of poverty by 2022. But campaigners say the scheme is set to benefit multinational companies like Monsanto and Unilever at the expense of millions of small-scale farmers, and is likely to increase poverty and inequality on the continent.

In return for receiving aid money and corporate investment through the New Alliance, the African countries involved have to change their laws, making it easier for corporations to acquire large tracts of farmland, control the supply of seeds, and ship agricultural produce to other parts of the world. The World Development Movement believes the scheme will lead to increased land-grabbing, higher costs for small-scale farmers, and the prioritisation of crops for export instead of to feed local populations.

The conditions imposed on African countries appear to contravene UK aid policy, which states, “We will not make our aid conditional on specific policy decisions by partner governments, or attempt to impose policy choices on them.” 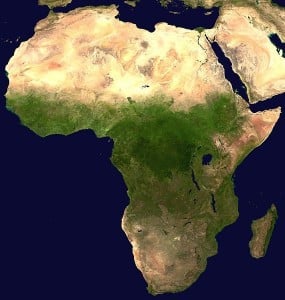 The New Alliance aims to increase food production in Africa. But the World Development Movement has argued that increased production on its own is not the solution to hunger. Sub-Saharan Africa produced ten per cent more food per person in 2011 than in 1991, but the numbers of undernourished people rose by 40 per cent in the same period.

The campaign group has also accused the New Alliance of targeting African countries where companies can make the most money, instead of the poorest countries.

“It’s scandalous that UK aid money is being used to carve up Africa in the interests of big business. This is the exact opposite of what is needed, which is support to small-scale farmers and fairer distribution of land and resources to give African countries more control over their food systems.

“Africa can produce enough food to feed its people. The problem is that our food system is geared to the luxury tastes of the richest, not the needs of ordinary people. Here the British government is using aid money to make the problem even worse.”

Read the report ‘Carving up a continent’.