Deputy Prime Minister Nick Clegg and Minister for Cities Greg Clark will sign a City Deal with local authorities and business groups today that will see thousands of new jobs created in Southampton and Portsmouth.

The deal will provide £953 million of investment into the area, creating more than 17,000 jobs.

The City Deal will also set up the new £5.8m Solent Jobs Pilot. This is a joint investment proposal to help 1,000 very long term unemployed people who have been unsuccessful at finding work through the Work Programme to get back to work. This will be complemented by: a £1m DWP Rapid Response Service that will support those recently made redundant; a £3m Marine and Maritime Employer Ownership for Skills Programme; a £1.4m Young Person’s Fund that will be used to support national programmes that tackle youth unemployment; and an £10m programme to support SMEs to grow.

The flagship proposal in the deal will unlock two high-profile sites within Southampton and Portsmouth in order to make the most of the area’s marine and maritime assets, including:

• The Ministry of Defence will transfer its sites on Tipner-Horsea Island to Portsmouth City Council for a nominal fee and an overage agreement. This will unlock £831m of private and public sector investment.

• £7m from the Regional Growth Fund will be used to help unlock the Watermark West Quay site in Southampton, which will lead to £90m of private sector investment in the City.

“It is more important than ever for Portsmouth and Southampton’s economic recovery that Whitehall hands over power to local people who can decide how to invest millions of pounds and build a stronger economy in the region.

“The deal will help to create thousands of vital new jobs in the region, and every effort is being made, both in government and at a local level, to help the local area through a time of uncertainty. We have moved swiftly, shoulder to shoulder with local councils and businesses, to get this landmark deal signed so that Portsmouth and Southampton can reap the benefits quickly. I would like to thank and congratulate local government and business leaders in the area for straining every sinew to make the City Deal happen.”

“This City Deal is a landmark achievement. It brings into productive use prime maritime land that Portsmouth and Southampton have for many years wanted to be available to attract jobs and investment. It will allow the unique advantages of the Solent to be available to many more firms creating skilled jobs. The £950m of private and public investment is a huge vote of confidence in Portsmouth and Southampton.

“I pay tribute to the way in which business and civic leaders across the Solent have pulled out the stops to develop this hugely important deal. I’m delighted to be able to say ‘yes’ to it."

£13m has already been awarded to the Solent Futures project from the third round of the Government's Regional Growth Fund (RGF). This includes £3m for local skills by bringing together leading businesses, colleges and universities at a world-class training centre on the Daedalus Enterprise Zone and £10m for the local defence sector. In August we announced that £4.7m of this money would be available as investment funding to help SMEs in the Portsmouth Naval Base supply chain and we can now announce that the remaining £5m will be used to support the up-skilling and re-skilling of BAE staff facing redundancy. 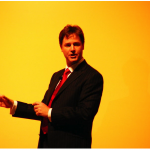 The Government has also announced a further £2m for the Bridging the Gap RGF project, supporting start ups and growing local SMEs, bringing total funding for this scheme to £6m. This latest funding will be for affected SMEs and ex employees of BAE who want to access start up funds.

The City Deal between the Government and local businesses and leaders from Southampton, Portsmouth and Hampshire councils and the Solent Local Enterprise Partnership is the latest of the second wave of City Deals to get the green light from government. The Southampton and Portsmouth City Deal will ensure local residents can access jobs in growing sectors and that local businesses are able to grow.

The deal has been agreed following negotiation over several months and is the latest of the second wave of City Deals to get the green light from Government. It will allow Southampton and Portsmouth to take control of the levers of government from Whitehall in order to promote vital economic growth.