After Chancellor of the Exchequer George Osborne stressed the ‘cocktail of threat’ that faced the UK economy in the coming year the Pound has been on a generally weaker footing against rivals, having failed to attain support on a more limited than hoped narrowing of the nation’s Visible Trade Balance. The appeal of Sterling was not improved by a disappointing raft of Industrial Production figures, as the domestic economy continues to show signs of weakening. Manufacturing output in particular showed a sharp contraction on the year as overseas demand was dented by a stronger Pound and negative global headwinds. As this suggests that the Bank of England (BoE) will hold off on monetary tightening in the near future the prospects of the Pound remain limited, unless policymakers prove decidedly more hawkish in the meeting minutes of Thursday’s rate decision.

An unexpected improvement in the Eurozone Unemployment Rate helped to bolster the single currency last week, as safe-haven demand rose in response to the continuing volatility of the Chinese stock markets. However, a narrowed German trade surplus did remind investors that the currency union was not immune to global downside risks. While persistently weak inflation suggests that the European Central Bank (ECB) will move to loosen monetary policy further in the coming months this has failed to particularly deter pundits, shoring the Euro up ahead of the annual German GDP for 2015.

Although the US ISM Manufacturing and Non-Manufacturing Composite results showed that the world’s largest economy slowed somewhat in December, this failed to keep the ‘Greenback’ on a downtrend for long. Friday’s Non-Farm Payrolls gave traders an extra incentive to buy into the strengthening US Dollar, as the number of new jobs added to the economy in the last month was found to have been 292,000 rather than 200,000. However, this stronger employment report might not be enough to prompt a faster interest rate increase from the Federal Open Market Committee (FOMC) as wage growth did not accelerate as hoped. 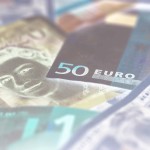 The Australian services industry was found to have contracted further in December, dragging down the ‘Aussie’ as the outlook of the domestic economy remained relatively bleak due to sliding commodity prices. With more than 13% wiped off the Shanghai Composite Index in the first fortnight of 2016 and copper having hit a six-year low, the appeal of the higher-risk antipodean currency has been limited. Thursday’s Australian unemployment data could spur the ‘Aussie’ lower if domestic employment is shown to have fallen in December, reversing the more bullish increase posted for November.

Following a slump in prices at the first GlobalDairyTrade auction of the year the ‘Kiwi’ has equally fallen out of favour with investors, as declining demand looks set to damage the dairy industry further. Despite the ANZ Commodity Price Index indicating a slighter contraction on the month than previously and a calmer market atmosphere, the New Zealand Dollar has remained weighed down on Tuesday. Traders are taking a generally more cautious view of the South Pacific currency at present as speculation suggests that the Reserve Bank of New Zealand (RBNZ) could be prompted into a fresh interest rate cut.

Oil prices have continued to plunge as the global supply glut shows no signs of easing and economic slowdowns suggest an imminent decline in demand. Flaring geopolitical tensions in the Middle East have also failed to support the softened commodity, particularly as risk aversion rises. Brent crude hit a fresh twelve-year low on Tuesday at just $30.43, dragging the Canadian Dollar down with it. With oil predicted to decline further it seems likely that the ‘Loonie’ will follow suit.