The Pound has seen some sharp declines in the wake of Chancellor of the Exchequer George Osborne’s latest budget, which provoked a political storm over planned cuts to disability benefit. ‘Brexit’ worries have also returned to plague the Pound this week, after the Confederation of British Industry forecast a potential loss of 950,000 jobs and 100 billion Pounds of productivity in the event of a ‘Leave’ vote victory. With the latest Consumer Price Index showing that domestic baseline inflation failed to pick up in February as investors had hoped, there remains little support for Sterling at this juncture.

Debate has been intensifying over the European Central Bank’s (ECB) monetary policy outlook due to contrasting comments from policymakers, as Peter Preat suggested that further rate cuts and helicopter money are possibilities while Bundesbank President Jens Weidmann strongly refuted the claim. There are still concerns over the outlook of the Eurozone’s powerhouse economy, meanwhile, as the German Manufacturing PMI failed to strengthen as expected. With the German IFO and ZEW Economic Sentiment Surveys showing a mixed picture, markets remain divided on the appeal of the Euro.

After the Federal Open Market Committee (FOMC) took a rather more dovish tone than expected at Wednesday’s policy meeting the US Dollar saw a marked slump in demand. Policymakers now expect just two interest rate hikes over the course of 2016, rather than the four hikes previously forecast. However, safe-haven demand soon helped to buoy the ‘Greenback’ once more, with comments from Federal Reserve Bank of Atlanta President Dennis Lockhart spurring speculation that a rise in interest rates could come as soon as April. As February’s Durable Goods Orders are expected to show a contraction, though, the US Dollar may soon return to more bearish form. 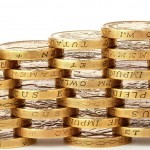 Both the Fed’s dovish policy meeting and an unexpected dip in the Australian Unemployment Rate helped to shore up the ‘Aussie’ ahead of the weekend. While the increase in employment was not as strong as expected this nevertheless demonstrated fresh signs of robustness within the Australian economy. As Reserve Bank of Australia (RBA) Governor Glenn Stevens maintained a more upbeat outlook with regards to the domestic economy, in spite of acknowledging that scope remains for further loosening if necessary, the antipodean currency has continued to trend higher on Tuesday.

With dairy prices back on a downwards trajectory the New Zealand Dollar has softened against rivals. Investors have remained wary of the ‘Kiwi’ in the wake of the Reserve Bank of New Zealand’s (RBNZ) unexpected rate cut a fortnight ago, particularly in response to hawkish comments from Fed policymakers. Weaker Westpac Consumer Confidence and Credit Card Spending have suggested that the sentiment within the New Zealand economy remains muted. However, should the latest domestic trade data show signs of strength then the ‘Kiwi’ could push higher.

Canada’s February Consumer Price Index report proved disappointing on Friday, with inflationary pressure falling back further than forecasts had suggested. However, the ‘Loonie’ has been strengthened by the resilience of the latest oil price rally. Brent crude has remained trending above the $40 per barrel mark after OPEC confirmed that it was calling a meeting of producers on 17th April, an announcement that has increased hopes of a potential production freeze and sustained price stabilisation. With little in the way of economic data over the coming week the Canadian Dollar could see fresh volatility on the back of the latest Federal Budget.