At an increase of 0.8 percent the latest GDP estimate from the Office for National Statistics (ONS) remains unchanged from the Preliminary Estimate issued in October.

Commenting on the impact on the UK economy of these figures Carl Astorri, senior economic adviser to the EY ITEM Club, said:

"GDP increased by 0.8% in 2013 Q3, unrevised from the initial release back in October. Private consumption growth accelerated to its fastest pace in over three years, with a rise of 0.8% on the quarter, underlining the improving confidence of UK households.

"However, the numbers show that the recovery has so far failed to broaden out beyond the consumer. A large contribution to growth came from stock building, which is unlikely to be sustained in the coming quarters. If this rapid accumulation of inventories had not occurred, the UK would have contracted in Q3 by 0.1%. Moreover, business investment, while expanding on the quarter, only contributed marginally to overall GDP growth, despite evidence of renewed business optimism in recent months.

"A contraction in export volumes suggests that support from the global economy is not guaranteed, and highlights the fragility of the UK recovery and its exposure to wider global trends.

"Yet overall, the numbers are encouraging; three consecutive quarters of positive growth should boost consumer and business confidence. It would be reassuring to see a more balanced recovery taking place, but we expect this to kick in over the coming quarters. We expect GDP growth to accelerate from 1.4% in 2013 to 2.4% in 2014." 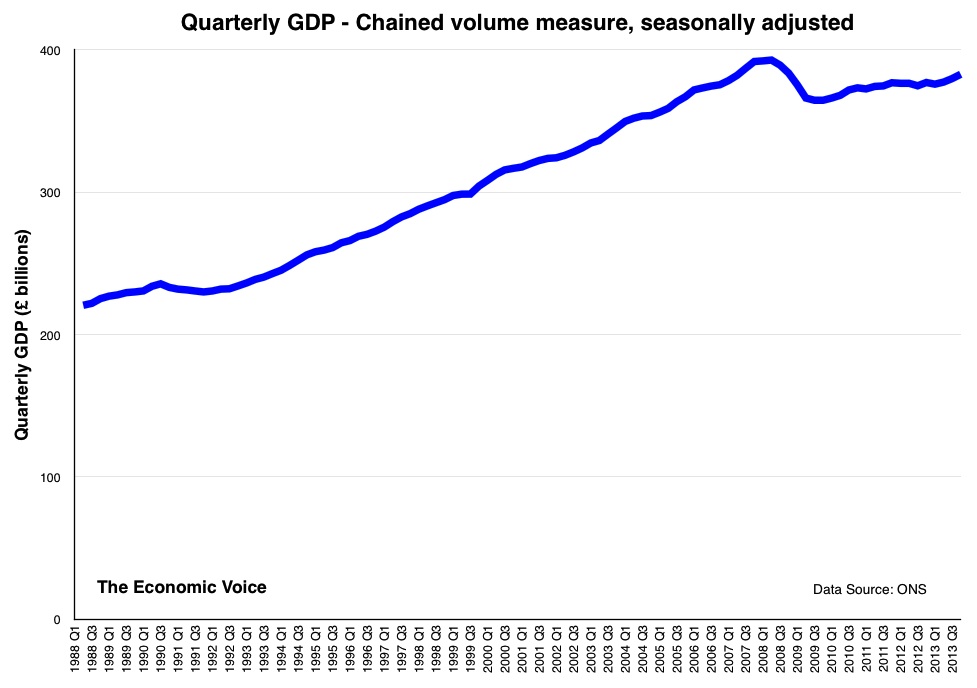 Launch of public nominations period for the next £20 banknote

UK Companies Must Do More To Tackle Cyber Threat