GDP may be up but construction is still tanking

The government hailed a breakthrough yesterday as GDP appeared to bounce back with a 1% rise over the third quarter of 2012 taking the UK out of its double dip recession.

But while overall GDP may well have risen, nicely buoyed by a services sector increase of 1.3%, the construction sector output fell by 2.5%

This hefty fall in construction follows on from a 3% drop between quarter one and quarter two this year and previous to that there had been a whopping 5.9% drop from the fourth quarter of 2011 to Q1 2012.

Overall the picture looks quite flat, so don’t be surprised if the fourth quarter doesn’t look quite as inspiring as this one.

“Quarterly figures are erratic and often substantially revised. So, the strong growth in Q3 (4% at an annual rate) is welcome but shouldn’t be overhyped in the way that the previous three quarters of slightly declining output were by some economic Cassandras. The true picture is of an economy flat over 12 months, which looks less of a surprise now, given domestic retrenchment by consumers and the government and the external pressures from high oil prices and recession in much of Europe. The key task is to sustain the improved momentum. Governments cannot control the oil price or the situation in Europe but recent lending initiatives look genuinely helpful, the exchange rate should not be allowed to choke off industrial profitability as it did in the 1990s and signs of greater pragmatism over fiscal targets should help avoid some of the self-defeating policies seen elsewhere in Europe.

“The UK stock market’s fortunes depend more on the health of the world economy than the domestic scene. Here, there are some hopeful signs from US housing, the Chinese cycle bottoming, lower oil prices and reduced fears of a European financial collapse. Prospects appear fair rather than sunny but less stormy than over the past two years. Equities appear priced to give decent returns for patient investors, whereas government bonds yielding under the rate of inflation look a ticket to poverty.”

“Despite the fact the GDP figure released today was better than expected and does suggest a glimpse of hope for the UK economy, it must be put into perspective. This is only a single figure, and does not signal the start of sustained recovery of the UK economy. Instead, it suggests macro figures are not as bad as originally feared, and proves that companies are continuing to perform well in terms of operations, the majority of which are international in nature. Whilst we still have a huge deleveraging situation ahead of us, the economic environment is set to remain challenging.” 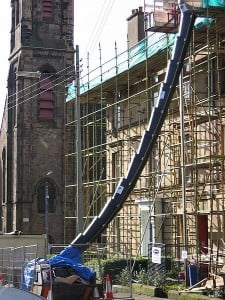 Bulgarians are not immigrants says ambassador