Geir Haarde, the ex Prime Minister of Iceland, is facing a court trial over his handling of the country’s economy that resulted in its economic implosion.

He is due to appear before the LandsdÃ³mur, which is a special court where politicians not lawyers bring the charges and this is the first time it has been used since the system was set up in 1905 to investigate cases where cabinet ministers are suspected of criminal behaviour.

The 60 year old Geir Haarde has said that the charges are ‘preposterous’ and called this ‘political persecution’ and, saying that his conscience was clear, is adamant that his actions will be vindicated.

There is debate as to whether Iceland’s economic meltdown, which saw its three banks collapse in late 2008 including Landsbanki (Icesave), was the fault of Mr Haarde’s Independence Party government or whether it was due to global financial conditions that no-one could foresee. 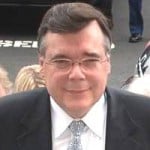 The economic collapse saw both unemployment and inflation in the country spiral up resulting in Geir Haarde being forced out of office.

There were also harsh words between Geir Haarde and UK’s Prime Minister of the Day, Gordon Brown, over Iceland’s refusal to guarantee to compensate UK savers whose money was lost when the Icelandic banking system fell apart.

Many Icelanders see Mr Haarde as being made a scapegoat for the wider failings of the system, whilst others say that accountability must be seen to happen.

It’s a pity that this sort of accountability is not being applied in other places around the globe. After all, the thousand of politicians and regulators across the planet can’t all have been blind can they? Untold millions have suffered and will suffer, so few have been held to account.