• Indian equity market up 4.5 per cent over the past year compared to 3.2 per cent fall in broader emerging markets

With a general election on the horizon, India, Asia's third biggest economy and the world's largest democracy, is under close scrutiny from UK investors keen to see what impact the election results will have on returns.

India was one of the hardest hit emerging markets last year. Its currency slumped to a record low and sluggish economic performance coupled with a lack of structural reform and corruption, made the country an unappealing market for investors.

Despite this, there are some positives, the Government has introduced indirect tax cuts and a new head of the central bank, Raghuram Rajan, has brought with him a much needed hard headedness that has helped to address the economic issues currently besetting the economy. However, all eyes are now on the outcome of the general election to see if this platform can be built upon and if India can once again provide a worthwhile opportunity for UK investors.

“Whatever the outcome of the election, whoever takes the helm will benefit from a marginally improving economic situation. Rajan hiked interest rates and appears to have had some success, bringing inflation down below 10 per cent.

“Many foreign investments are being held back as investors sit on the fence waiting for a new government to be formed. The election will remove political uncertainty and provide a boost to economic growth.

“The common consensus is that the incumbent ‘Congress Party’ is unlikely to retain power as its track record in recent years has been poor. Although they introduced food subsidies, which have been an excellent way of lifting vast numbers of the population out of poverty, this has left the government with a high subsidy bill and diminishing means to meet it. Supply side reform is now essential.

“Looking stronger in the polls is the Bharatiya Janata Party (BJP). Led by a charismatic but controversial leader, Narendra Modi; a win for the BJP would see an increase in business investment and the implementation of a growth-oriented programme of reforms. 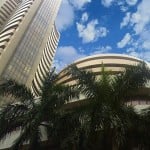 “As former governor of Gujarat, Modi has established a reputation for implementing strong economic reform, and has succeeded in driving a growth rate in excess of the national average (10% p.a. in the six years to 2012), and in attracting foreign investment.

“However, Modi’s social record is less to boast about, with literacy rates in Gujarat far below the national average. If Modi does win a national mandate, he will have to learn to spread wealth creation more evenly, driving growth as well as literacy and job creation.

“The equity market has already moved, possibly discounting a Modi victory and the dislodging of the Congress Party. Excluding the move in the rupee, the market is up 4.5 per cent over the past 12 months, versus a drop of 3.2 per cent for broader emerging markets. There is more to play for. We believe in the longer-term potential of the Indian economy and stock market beyond the election and see it as being one of the more attractive emerging markets for investors.

“Around 40 per cent of the world’s population will be part of an election in 2014, and India is one of the regions where political change would be a positive catalyst. An incoming Government would benefit from a current account deficit which has narrowed sharply since last year and should soon reach 4 per cent of GDP, helped by accelerating exports and lower imports.

“The key thing is that after the Indian election, stability returns to the country quickly and action is taken to help drive growth in the economy. Since 2010, political reform has not matched early progress, so the election could be a turning point for the economy and in turn the opportunities for UK investors."

Bankers’ bonuses to be regulated by the state