Nearly a quarter (24 per cent) of young people starting university this Autumn want to work for themselves when they graduate, according to research from HSBC. This year's students have grown up with the backdrop of recession and difficult employment conditions and as a result almost half (47 per cent) say this has made them want to work for themselves more. Overall one tenth of young people plan on setting up their own business upon graduation.

HSBC surveyed young people due to start university this Autumn, as well as current university students, on their attitude towards employment after university. Current students are less entrepreneurial than this year's students, with only 16 per cent wanting to work for themselves after graduation.

Many students still favour job security, as half (50 per cent) would prefer to work for an established business when they graduate. However, just 15 per cent of those planning on attending university this year say they intend to complete an unpaid internship, suggesting many are not prepared to work for free to secure their dream job. A further 40 per cent say they'll secure a paid job that's relevant to their chosen career while at university in order to improve their employability. 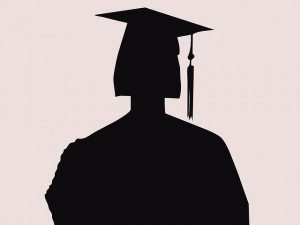 Vocational courses on the rise

The trend for students to opt for increasingly vocational courses continues, with three quarters (76 per cent) of students who have applied to start university this year planning on studying a vocational subject. This compares to 66 per cent of current students who say their course is vocational. UCAS applications show an increase in vocational degrees, with subjects such as Medicine (+18 per cent), Engineering (+35 per cent) and Nursing (107 per cent) all receiving a boost from 2008-2013.

"Many of this year's students were aged 12 or 13 when the financial crisis hit in 2008, growing up during the recession, the subsequent years of slow economic growth and a tough job market. On top of this, tuition fees have risen so it's only natural that this year's students want to maximise their return on investment. Students are increasingly seeing self-employment as an attractive career option. They're also choosing more vocational subjects and making sure any part time job is relevant to their chosen career."

On average, those currently attending university feel it will take them 4 months to secure a graduate position, with this year's students slightly more optimistic at 3.8 months. However, those yet to attend university are less confident over levels of pay. On average prospective students expect to secure an annual salary of £25,800. In comparison, those currently at university expect to earn a graduate salary of £27,000 per year. Although both may be disappointed as the average graduate salary in 2012 was £21,702.

"It's important that students consider both the outcome of university study and the practicality of funding it. Understanding the financial implications of further education is an important step. If parents plan early and regularly save it will make the financial burden of supporting children through university much easier to manage."

And yet another one: William Cash Jr is UKIP's latest recruit