George Osborne is developing a Plan B

Weekly Comment on the Markets, Politics and Economics by Alastair Winter Chief Economist at Daniel Stewart.

Â· It does not always happen thus but this month-end offer profits that may be too tempting to resist taking: in most equity markets (especially Europe) and currencies (EUR/USD up 2.1% so far in January, EUR/JPY up 7.4%, EUR/GBP up 4.8% and USD/JPY up 5.2%). Any selling looks like being temporary.

Â· Bonds, on the other hand, have not done quite enough in January to justify a significant sell-off while gold and oil are still in the early stages of their latest runs

Â· Reactions to Mr Cameron’s speech on Europe may stay on the front pages for a bit longer but neither he nor his fellow EU leaders will be in a hurry to do anything until the German election is lost and won.

Â· The main source of argument in the UK is more likely to be over the economy. The political debate will be as phony as ever but it seems that most economists and journalists are using the latest batch of economic data to step up their siren calls for the government to abandon austerity. Deliberately or otherwise, they are ignoring the fact that Mr Osborne, despite his denials, is developing and implementing a Plan B.

Â· It seems that moderate counsels are prevailing in Washington in so far as a truce, albeit with many wrinkles, gives more time to avoid a government shut-down. The longer the truce lasts the more likely a more enduring settlement becomes possible.

Â· Cyprus is the next candidate for EMU can-kicking at least until retiring President Dimitris Christofias is out of the way after next month’s elections. However, problems are building up not only there but in Slovenia while Ireland is in increasingly bitter dispute with the ECB and EU over its bank bailouts.

Â· It is a huge week for US data, headed by the Non-Farm Payrolls (another month of 100K+ new jobs but maybe not a lot more) and the first cut of Q4 GDP (sharp reduction expected from Q3’s 3.1% annualised). In addition, there is a raft of numbers on Personal Income and Spending, consumer prices, the housing market and consumer sentiment which should offset most worries about GDP.

Â· There could yet be more encouraging news from Germany (unemployment, inflation and consumer confidence) but this will be matched by bad news from elsewhere in the EMU.

Â· The global monthly PMI cycle reaches its peak and should help to underpin the general air of optimism.

Â· In an interesting but by no means unfamiliar contrast the best performing equity markets were the FTSE 100 (up 2.1% despite poor economic data and associated doom-mongering) and the DAX (up 2% because of unexpectedly positive survey results). Make of that what you will!

Â· Asian markets were subdued after the heady previous two weeks but Sydney kept going. SÃ£o Paulo remained out of sorts on growth and inflation concerns.

Â· Yields on safe bonds were nudged up again and their movements so far in January are on a scale not seen since the days of RORO. Investors are clearly increasingly looking elsewhere.

Â· Oil and gold set off on what look like speculative jaunts (i.e. no fundamental explanation) but this time in opposite directions.

Â· It was another good week for FX traders with the month’s trends continuing: the yen and the pound being sold and the euro bought. Some of this can be attributed to fundamental factors but, in fact, none are especially new.

Â· Mr Cameron’s speech on Europe is generally reckoned to be his best as Prime Minister and it could well yet lead to the double bonus of the UK’s staying in the EU and recruiting other leaders to the cause of very necessary reforms. However, the apparent unity of the Tory Party seems unlikely to last for long while the terms ‘EU’ and ‘reform’ have become an oxymoron.

Â· The greatest threat to Mr Cameron’s noble cause is the renewed prospect that Mrs Merkel may lose the federal election in September despite her personal popularity. Analysis of the knife-edge result in last Sunday’s election in Lower Saxony bodes ill not just for Mrs Merkel but any party in power. It may also suggest an ideological swing to the Left and a rejection of austerity.

Â· There has been much huffing and puffing over ‘Currency Wars’ at Davos and elsewhere with many fingers being pointed at the new Japanese government, especially (surprise, surprise) from its trade rivals Germany and Korea. While it does seem as if the hitherto recalcitrant BoJ has been bullied into taking (sort of) new initiatives it is far from clear whether much will change. 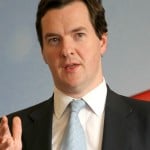 Â· Another month brings another contradiction in the UK between GDP (-0.3% in Q4 at the bottom of the forecast range and half way to a triple dip recession) and Employment data (record numbers with 550K new jobs in the last year and 113K in the period September-November). However, the most worrying data came from the Bank of England suggesting that, although credit was becoming increasingly available, demand for new loans keeps on falling. This is the crux of the UK economy’s continuing sluggishness and even Sir Merv has started talking about Supply Side initiatives rather than re-starting the printing presses.

Â· In Germany, no fewer than four surveys, including the flash Manufacturing and Services PMI’s, recorded a significant increase in optimism from business managers as well as ‘mere’ economists. Can exports to China and elsewhere in Asia account for so much expected growth, overcoming the continuing sclerosis in the rest of Europe? Seems improbable.

Â· Amidst the self-congratulation over the early repayment of â‚¬137bnof the ECB’s three-year loans under its LTRO programme, came the news that Monte dei Paschi di Siena, the world’s oldest bank, needed a further â‚¬3.9bn bailout. Rumours of incompetence, fraud, corruption and cover-ups involving all the usual suspects (Draghi,Visco, Monti, Tremonti, Berlusconi, Bersani) are unwelcome reminders that all is not well in Italian politics and the European banking system.

Angela Merkel bets that politics will beat the markets. Would you?

Capital's firms to next Mayor: transport and housing must improve – CBI/CBRE

Riga International Airport has new chairperson of the board – Ilona Lice