As Eurozone countries stagger from crisis to crisis, the latest being the downgrade in credit ratings by Standard & Poor’s threatening the EU as a whole, George Osborne is looking East to solve the UK’s problems.

The Chancellor is at the start of a three day visit to Asia, writing in the Telegraph that:

Our objective is simple: we want to expand the amount of business and trade we do with each other so that the citizens of China, Hong Kong and Britain all benefit from the prosperity and jobs that will bring

With our closest neighbours looking shaky and in no position to buy our goods it makes sense for the Chancellor to cast about for other alternatives.

But in the same newspaper Daniel Knowles says that even China can’t save the UK, citing market, regulatory and cultural difficulties.

However, Alex Brummer in the Daily Mail, writes that “George Osborne’s decision to refocus Britain’s future trade and finance on China and the Far East is eminently sensible” as the Eurozone can no longer help us.

One thing that may help is that the Chancellor has signed a ‘landmark’ deal for the City to become a leading international hub for the exchange of the Chinese currency. Sky News reports that “UK companies will be opened up to Asian investors while the Hong Kong authorities have agreed to keep their trading floors open longer each day to make it easier for financiers in London to make trades in the Chinese currency.

The move is expected to bring a multimillion pound boost to the UK capital at a time when its economic growth is being increasingly threatened by the crisis in the eurozone.”

Richard Driver, analyst at Caxton FX commented “London is the capital of the FX world so the flotation of another major currency such as the Chinese renminbi would clearly be of benefit to the City. Of course it is up to the UK government to take full advantage of the opportunity and the significance clearly hasn’t been lost on Osborne. The City’s leadership in FX is clear but not assured; it is facing growing competition from other global cities and Osborne is being quite savvy in making this alliance. The UK economy needs all the help it can get at the moment, so this is a definite positive for the UK’s financial sector.”

The Association of Investment Companies (AIC) also asks if commentators have been too sharpish in writing China, pointing out for example that “AIC figures suggest that emerging markets guru Dr Mark Mobius, Manager of Templeton Emerging Markets Investment Trust (TEMIT), has increased the company’s exposure to China by 5%, from 22% a year ago to 27% at 31 December 2011”.

The AIC collated some manager views on China:

We believe that very attractive opportunities exist in the Greater China markets in 2012. This is particularly true for China, which is trading below Global Financial Crisis lows in valuation terms and where earnings revisions have been surprisingly stable despite negative news from around the world. With the recent loosening of liquidity in China, we believe there is an opportunity to recapture gains in stocks and performance lost during the crisis-like atmosphere in 2011.

We expect markets to remain volatile though the risks of a hard landing in China should ease, supported by more flexible policies given less inflation pressure. We believe the CPI reading will continue to soften in the next few months, while growth could return as China’s policy priority is to ensure social stability as well as a smooth leadership transition.

We’re generally constructive on the Chinese economy in 2012. Inflation has been the main preoccupation of Chinese policymakers over the last 18 months and we expect a sharp drop in headline inflation rates in the coming months. Economic growth is also slowing, mainly as a result of government tightening measures to control inflation and the property market in 2010/2011.

Lower growth and inflation will allow easier policy and is likely to be positive for the Chinese equity markets particularly given their sharp underperformance since the tightening cycle began in mid-2010. We do not subscribe to the view that China faces an imminent economic Armageddon. There are undoubtedly some significant structural issues facing the economy, which is to be expected in a country that is still heavily influenced by State planning and has only partially transitioned towards a more market led economic model. We expect steady progress to address these structural issues and believe that the government retains significant fiscal and monetary fire power to move aggressively to protect the economy from the impact of the Eurozone crisis or a weaker US economy.

It has become clear that almost nowhere is immune from the debt problems in Europe and the US. Until real progress is made by politicians in the West, Asian markets including China could well remain weak. In China's case poor performance these past two years has followed tighter domestic money, the market being driven more by liquidity than fundamentals.

Whether this weakness persists depends now on the authorities' ability to engineer a soft landing. Â Slower land sales and souring loan books are evidence that the property boom is over. Battered export markets make the slowdown worse. While Beijing has room to stimulate if need be, the climate for earnings has worsened and mainland valuations are not compelling, unlike those in Hong Kong where we find value.

None of these developments diminish the importance of China to the world economy. On the contrary, China will still be growing strongly compared to Western economies. Its share of world demand in everything from commodities to capital goods is so large that other economies' dependency on it will only increase.

With a consumer base of 1.3 billion people, consumerism thus has been flourishing in China. Foreign direct investment continues to grow as international investors remain attracted to China's booming economy. Its foreign reserves are also the largest in the world, making it less vulnerable to external financial shocks.

China remains one of the fastest growing major economies in the world. During the last quarter, inflationary pressures continued to ease and the industrial sector continued to record strong growth.Â  In January 2011, China started allowing its domestic companies to use the renminbi for overseas investments. That was regarded as the next step in a series of measures that China has put in place over the past few years to internationalise the renminbi. Despite global reservations stemming from China’s status as a developing country and its cautious approach to monetary policy, it is very possible that the renminbi could become a global reserve currency by 2020. If that occurs, it would further cement China’s prominence on the global economic stage. The renminbi might potentially replace the role of the Japanese yen, given that its usage was driven by Japan’s former economic dominance.

As the AIC asks "It’s been a challenging twelve months for China and Asia Pacific focussed investment companies. As Chinese New Year approaches on 23 January 2012, the year of the dragon, it seems fitting that the Chinese consider the dragon unpredictable, although for centuries the dragon has also been considered one of the luckiest signs of the zodiac. Will the year of the Dragon bring a return of fortunes for China?" 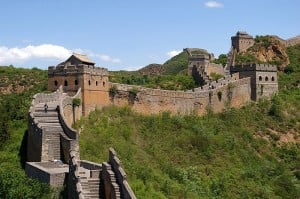 Forecasting Models Must Change to Avoid Repeats of Past Failures