German MPs have voted yes to extend the powers of the European Financial Stability Facility set up to help bailout countries such as Greece.

The result for the vote was unanimous with 523 votes in favour of the proposal and 85 against with 3 abstentions paving the way for temporary stability in the financial markets with the extension of the European bailout fund from â‚¬383 billion to â‚¬440 billion.

Chancellor Angela Merkel can quite confidently say that the European bailout fund is supported by the majority of German MPs however with over 70% of Germans opposed to the bailout this could spell the end for Merkel and her Christian Democratic Union/coalition government at the next elections.

And this lack of public support demonstrates the moral hazard involved in bailing out countries in the Eurozone against the wishes of the people.

The markets are now moving too fast for democracy and the errors of banks and other financial institutions investing negligently has taken a sinister turn. 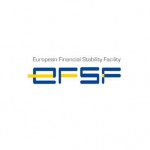 Angela Merkel may want to save the Euro and European Union but the German people are balking at the idea as awareness grows over the fear-mongering being spread by those with vested interests in the European Union remaining intact.

Let us not forget there is a genuine cult like belief growing in the higher echelons of power in Europe, which is determined to see the European Union integrate further and further with a United States of Europe as the endgame…..even though the people of Europe are terrified of the prospect.

Liars such as David Cameron who promised a referendum on Europe only to go back on his word, are the norm in Europe but at some point the electorate will say enough is enough……or maybe not, after all EU integration supporters have gotten away with the removal of democracy thus far.