The single sees one of grimes most respected MCs, Lethal Bizzle, jump on the track with GIRLI for an exhilarating verse. 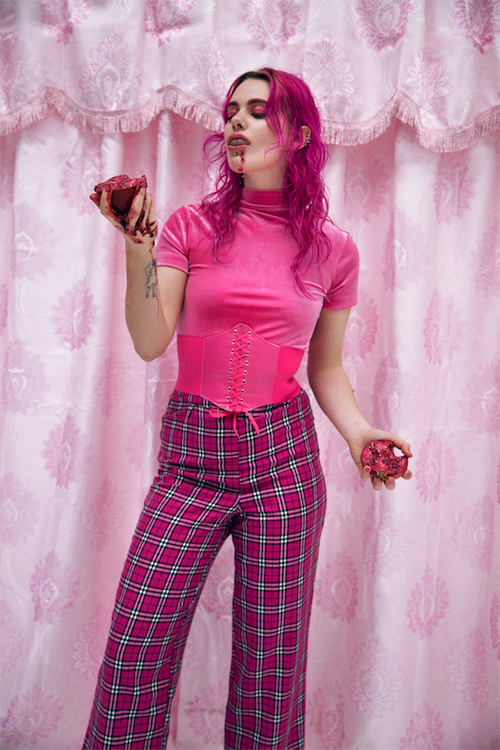 "GIRLI is such a refreshing artist, her lyrical approach is so different as well as the beat she chooses. I love working with artists who think outside of the box and she is definitely one of them! The game has nothing like her". On the collaboration with Lethal Bizzle, Diztortion continues "I accidentally pressed play on the wrong record and Bizzle was like "What's that, play it?" I told him it was a new project I was working on and he went mad, he loved the vibe instantly. We paused our session and showed him a video of Girli. He asked for an open space on the record to lay a verse and the rest is history!"

The rest of the "Feel OK" EP is comprised of three polished and playful love letters to everyday life including previous single 'Not That Girl' and the punchy, grime fuelled closing track 'Find My Friends' that subverts the pop lean of the rest of the EP and pays its respects to The Streets and the moment that occurs when you've lost everyone you know at a warehouse party!

The past 12 months have been a filled with ground-breaking moments for the 19 y/o star in the making. Following another sold-out homecoming show at London's Electrowerkz as well as Glasgow's Stereo, GIRLI has just hit the road as main support for similarly buzzed Declan McKenna.

Powerful, political and pink are the fundamentals of GIRLI's ethos and unlike so much of Britain's pop landscape, GIRLI does not fade easily into the background.  She has already made a lasting mark on the UK music scene with her unique brand of (anti) pop that has seen support from the likes of The Guardian to Noisey as well as Beats1's Julie Adenuga & Radio 1's Phil Taggart & Huw Stephens.

GIRLI's live dates, including her support slot with Declan McKenna, are listed below

20th May – BRIGHTON – The Great Escape

'Feel OK' will be released on May 19th via PMR