Give Police and Crime Commissioners the tools for the job, urges think tank

Commissioners' powers and budgets should double to £27 billion per year.

Police and Crime Commissioners should control not only policing but also prisons, probation, courts, fire and ambulance services, according to a new study by the independent think tank Reform. The research group warns that Commissioners in their current form may be discredited because they do not have the full power to cut crime and improve safety for their areas. Instead Ministers should double Commissioners' nationwide budget to £27 billion, equivalent to more than £1,000 for every family in England and Wales.

In a month’s time 41 Police and Crime Commissioners will be elected with responsibility only for policing and agencies that support the victims of crime. The Government has suggested that their powers be extended, and according to the think tank it should have done so already. Without powers over prisons and probation, Commissioners cannot influence levels of reoffending which contribute greatly to high crime levels. Successful reforms such as the Warwickshire Justice Centres have brought police, courts, probation, youth justice and victim support together under one roof and enabled them to work together on the most high profile repeat offenders.

The report, “Doing it justice: Integrating criminal justice and emergency services through Police and Crime Commissioners” [1], shows that in 2009 the UK had the most expensive law and order system in the developed world, costing 2.8 per cent of GDP as opposed to 2.3 per cent for the USA. As a result criminal justice services should expect further cuts in budgets in the next Spending Review. With wider powers, Police and Crime Commissioners will be able to achieve that. Already police and emergency services are saving money by sharing emergency control centres and station facilities. Leading fire services such as Greater Manchester have shown how to reduce costs and make communities safer at the same time, by shifting their resources into fire prevention. The achievement of lower crime and greater safety will enable sustainable reductions in spending. Commissioners have a clear incentive to save money since they will be able to pass on savings to their electorates in the form of lower local taxation. 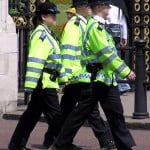 Andrew Haldenby, the think tank's director, said: “Police and Crime Commissioners could lose the confidence of the public if they cannot address all of the causes of crime in their areas. They are just the right people to turn a disjointed and expensive criminal justice system into a single streamlined service. Greater powers for Commissioners would lead to greater public interest and higher turnout at elections.”