The Howard League for Penal Reform has responded to Her Majesty’s Inspectorate of Prisons’ report on Glen Parva prison, published today (6 August).

Inspectors found that Glen Parva was “not safe”. Assaults on prisoners and staff had risen by a quarter over the last year, and inspectors were not assured that all incidents were recorded.

Three young men have taken their own lives in Glen Parva since April 2013. Inspectors found a direct link between high levels of self-harm and high levels of bullying in the prison.

Use of the segregation unit was high, reflecting an increase in serious incidents such as barricades and hostages. Most prisoners in segregation were there as punishment, but inspectors found that many had committed their offences to get themselves placed there so they would feel safer.

Although Glen Parva holds only young men, inspectors found that 28 per cent of inmates were locked in their cells during the working day.

The report follows inspections of other YOIs – Aylesbury, Brinsford, Feltham and Isis – which have given cause for concern. ‘This is a model of custody that does not work,’ the report concludes.

Research by the Howard League has found that the number of prison officers in Glen Parva was cut by 36 per cent in three years – from 250 in September 2010 to 160 in September 2013 – and the charity is about to publish new figures that show a further cut was made to only 140 officers this year. 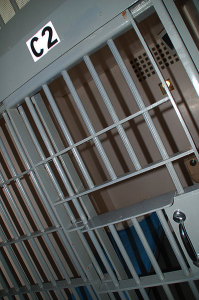 “This prison is dangerous for teenagers and this sounds more like an extract from William Golding’s Lord of the Flies than a report on an institution that is meant to help young people turn their lives around.

“Yet another report of violence and idleness inflicted on teenagers by the state shows that the use of short prison sentences and remand is at the core of the problem.

“The government must take courageous action to take these young people out of such a toxic environment before more of them die, or take responsibility for the consequences.”

The Howard League has been contacted by the mother of a young adult in Glen Parva, who has asked to be moved to another prison because he feels unsafe. She has raised her concerns in a letter to Her Majesty’s Chief Inspector of Prisons.

Here are some extracts from the letter:

“During [an earlier spell in Glen Parva] he was the victim of three separate assaults by three different inmates, had his trainers stolen from him whilst wearing them, been unable to leave his unit or move about the prison due to a risk to his personal safety and has had to move units at least five times due to acts of violence against him or bullying… The last assault resulted in [him] being taken to [hospital] with a suspected broken jaw…”

“Prior to my son being an inmate at Glen Parva he had made nine suicide attempts in the space of roughly 12 months and was hospitalised on most of these occasions. Glen Parva were aware of my son’s fragile mental health, hence him being put on an ACCT upon his arrival there.”

“He was unable to leave his unit because of the risk to his safety, so was unable to join in with any work or activities… Is the government and its ministers aware that services they claim to provide are actually non-existent to some inmates?”

“I am aware that presently, as before when [my son] was there, inmates are being kept in their cells for unacceptable periods of time due to the lack of staff! This raises the question of should this facility actually be open and in use if it does not have the correct number of staff to carry out the right procedures?”

The Howard League has been contacted by Karen Revell, the mother of Greg Revell, who died in Glen Parva in June 2014 aged 18.

Karen asked them to issue the following statement.

“Myself and my family have been left utterly devastated and heartbroken over the apparent suicide of my son Greg, whilst in the care of Glen Parva.

“Our thoughts are with any other family this has happened to and pray that no other family is left as desolate as we are without our precious baby.”