• Scottish Mortgage the most viewed investment company of 2014

• UK & Global sectors make up 75% of most viewed companies

Data from the member company pages of the Association of Investment Companies' (AIC) website, www.theaic.co.uk, has revealed which investment companies and sectors were attracting the attention of investors in 2014.

Most viewed companies in 2014

Where in the world?

BlackRock Commodities Income and BlackRock World Mining, both from the Sector Specialist: Commodities and Natural Resources sector, were the ninth and tenth most viewed companies overall in 2014 respectively.

"It's to be expected that companies from the Global sector, which includes some of the largest and best-known investment companies, were most popular on the AIC site.  The other dominant theme last year was the demand for income, with the majority of the most popular companies viewed having an income focus." 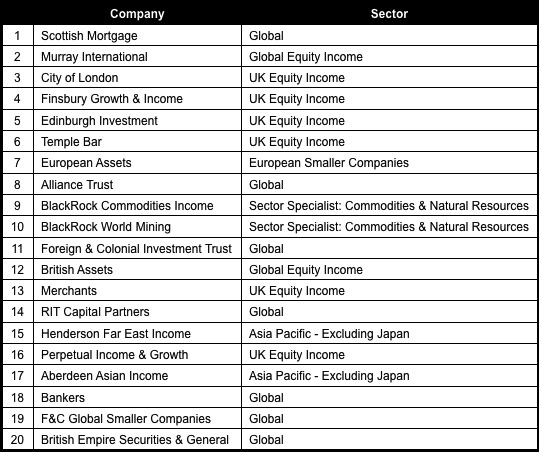 Ethnic Minorities Still Back Labour in this General Election