The United Nations’ anti-crime body last week resolved to step up the global fight against wildlife and forest crime in recognition of the urgent threat it poses and the serious nature of the criminal networks involved.

The Environmental Investigation Agency (EIA) has been pressing for special agencies tasked with crime fighting to turn their attention and resources to combating wildlife and forest crime. All too often these crimes are not a priority for law enforcement agencies and successful prosecutions of the perpetrators are rare.

Last week’s meeting of the UN Commission on Crime Prevention and Criminal Justice (CCPCJ) in Vienna had as its core theme crimes that impact the environment and held a day-long discussion on the issue.

Many Member States expressed concern about the growth of such crimes, especially trafficking in wildlife and forest products, and the impact this has on wider issues of health and safety, security, good governance and sustainable development. It was recognized this is no longer an emerging threat; it is now one of the world’s largest forms of organised crime, generating tens of billions of dollars in illicit profits.

In a joint statement to the meeting, EIA and WWF said recognition of the serious, transnational and organised nature of wildlife and forest crime, 12 years on from the first discussion of these crimes under the UN General Assembly, is a crucial step forward.

Debbie Banks, EIA Senior Campaigner, said: “The severity of these threats can no longer be ignored and we are glad that the discussion led to the adoption of a resolution tabled by Peru and the USA specifically addressing wildlife and forest crimes.

“EIA has been pressing for action involving the professional law enforcement community for several years, and this high-level political recognition of the problem will hopefully lead to more concrete action at the national level.” 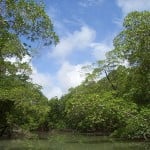 Member States lined up to support the resolution, which recognises wildlife and forest crime as an increasingly sophisticated form of transnational organised crime and encourages member states to treat this as serious crime and to adopt the necessary legislation and penalties for the prevention, investigation and prosecution of such trafficking.

The resolution further encourages establishment of national inter-agency taskforces, international cooperation, and the use of measures to trace and seize illicit proceeds of these crimes.

Crucially, it also extends the mandate of the United Nations Office on Drugs and Crime (UNODC) to pursue its role within the International Consortium on Combating Wildlife Crime by working with member states who want to use the Wildlife and Forest Analytic Crime Toolkit, and requests the UNODC to undertake studies of the organised crime networks involved in wildlife and forest crime.

The increased commitment shown at the meeting comes at a time when poaching of wildlife and illicit timber trade is surging. To date, the enforcement response has been inadequate, with seizures rarely leading to prosecutions and environmental crimes generally having one of the lowest conviction rates.

EIA will monitor the implementation of the resolution agreed, and will continue to push for the full armoury of anti-crime measures to be applied against the powerful syndicates behind many wildlife and forest crime.