As everyone looks around for signs of an economic engine that could lead the world out of its financial woes, manufacturing across the planet fell in June.

The JPMorgan Global Manufacturing PMI, which is a composite index produced by JPMorgan and Markit in association with ISM and IFPSM, dropped in June to a three year low of 48.9, where anything below 50 indicates contraction.

The index also indicates that growth slowed sharply in the USA, while China, Brazil and Vietnam showed an increase in their rates of decline. And Japan, South Korea and Taiwan fared no better and fell back into contraction.

David Hensley, the Director of Global Economics Coordination at JPMorgan commented “The global manufacturing PMI fell below 50 for the first time since last November and only the second time in this expansion. Inventory adjustments appear to be driving the contraction in manufacturing, with the PMI showing that the rate of stockbuilding (finished goods) remains quite elevated amid sluggish gains in final expenditures.”

The UK did see an improvement on May’s Markit/CIPS UK Manufacturing PMI three year low of 45.9 but at 48.6 it also did not manage to get above the neutral 50 figure.

Rob Dobson, Senior Economist at Markit and author of the Markit/CIPS Manufacturing PMIÂ® commenting on the UK situation said:

“Manufacturing is seeing lots of volatility at the moment, due to factors such as the jubilee holidays, making it very difficult to see what the underlying trend is. On one hand, the increase in production in June provides hope that the wheels have not fallen off the manufacturing economy, and in particular we are seeing some resilience from the consumer goods sector, which corresponds with recent brighter news on domestic retail sales in the second quarter. However, there’s no denying that the second quarter as a whole is looking weaker than the first quarter, suggesting manufacturing output may have contracted by at least 0.5% and therefore acting as a substantial drag on the economy for the fourth successive quarter.”

“The manufacturing sector is playing catch up after the dramatic falls in activity reflected in last month’s PMI. The effects of the Eurozone crisis and global economic slowdown are making it a tricky time to build on exports, but there were a couple of brighter spots which helped ease the decline.

“The significant reduction of input prices was a silver lining for the sector, as businesses tried to claw back some of the margins lost in previous months. Businesses have also responded to weak levels of new orders by working through backlogs of work, leading to an overall growth in output.

“The concern for the near future is the spare capacity reported by manufacturers, which could lead to job losses in the coming months unless there is a pick-up in orders. As ever, it remains a long and difficult road ahead.”

“An improvement in the June manufacturing PMI provides little relief. A reading of 48.9 points to continued decline in activity, and further falls in both domestic and export orders suggests that the sector’s performance will remain very weak in the months ahead.

“These figures imply that manufacturing was a drag on overall growth in Q2 and we expect GDP to decline for the third consecutive quarter. The Bank was already leaning heavily towards extending QE this week and these figures will provide further pressure.

“The Eurozone crisis is already weighing heavily on the manufacturing sector through various channels. In addition to weak export demand from Europe, business confidence has taken a hit and is discouraging firms from investing. Despite massive efforts by the European authorities to contain the crisis, the possibility of a further escalation cannot be ruled out, which could further dent export demand and confidence.”

What price more quantitative easing by the Bank of England next month? 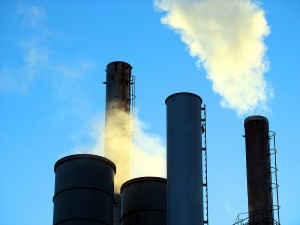 The best new investment companies in the UK