Japan and Spain latest countries to signal corporate rate reductions – will others be too late to the party?

There is a clear scramble across the globe to ensure that economies remain attractive to multinational companies and inward investment. Just today we learned of Spain’s plans to reduce its corporate rate from 30% to 25% as part of a wider reform of the country’s tax regime to increase the appeal to investors.

Similarly, Japan’s Prime Minister, Shinzo Abe, recently secured approval to reduce the country’s rate of corporation tax, which stands at the comparatively high level of around 37% (subject to a company’s location in Japan). The reduction is set to be secured by the end of this month.  Elsewhere, the UK has made plans to reduce its rate to 20% by 2015 and Greece is pursuing a similar agenda. It is clear that the wheels are in motion for a number of countries across the globe looking to enhance their attractiveness from a tax perspective.

This begs the question: will countries with no current rate reduction plans be too late to the party? In Scotland for example, as the referendum vote draws closer, political battles between the ‘Yes’ and ‘No’ campaigns are being fiercely fought over a number of issues, including the question of corporation tax rates, but any move by an Independent Scotland could get left in the shadows. With a delayed start compared to its global peers, a more drastic drop in the rate of corporation tax may turn out to be Scotland’s best weapon. Indeed, the National Party has already mooted the country would aim for a corporate tax rate of just 17% by 2015. Scotland might find it more advantageous to offer beneficial tax incentives to these industries rather than lowering the overall rate. Meaningful tax benefits, rather than a rate cut, could help ensure firms remain there for the long term. 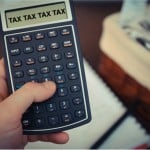 The escalation of the global ‘race to the bottom’ exemplifies that whilst there is appetite and momentum towards global tax harmonisation, as seen through initiatives such as the OECD’s BEPS initiative and Europe’s adoption of a Financial Transaction Tax, increased inter-country competition for investment will prove a barrier to meaningful progress on this front. In Taxand’s recent global survey of CFOs nearly three quarters (84%) of respondents said they anticipated that tax competitiveness between countries will increase over the next five years.

The expectation of increased tax rate competition is unsurprising. As governments remain focused on addressing budget deficits and pleasing voters with promises of employment and investment, the tax ‘race to the bottom’ will continue. However, as countries fight to go ever lower, the question remains over whether there can be a winner.

The Euro: Higher or Lower?