Datamonitor Financial's new white paper, The Global Wealth Market 2013, predicts that this year will be a turning point for the world’s wealthiest and that the market is set for years of solid growth with half a million new millionaires created every year between now and 2017.

The global wealth market has experienced a phenomenal turnaround and is now fully recovered from the financial crisis of 2008, says Datamonitor Financial in its new white paper, The Global Wealth Market 2013.

One of the most interesting features of the white paper is the prediction that the global wealth market is now set for years of strong growth ahead with the number of worldwide millionaires to reach 9.9 million by 2017.

“We expect to see some half a million new millionaires each year between now and 2017,” says Matia Grossi, Senior Analyst – Private Wealth Management at Datamonitor Financial. “The United States and Asia Pacific will be the strongest performers with significant growth also expected from Latin America.”

“However, crisis-ridden Europe and forever stagnant Japan are expected to experience minimal growth during the same period with emerging markets continuing to put pressure on their western European counterparts,” explains Grossi.

Despite the continuing Eurozone crisis, a slowing Chinese economy and escalating political instability in the Middle East, investor confidence has returned and reduced stock market volatility is expected to re-balance global asset allocation with deposits and bonds allocation decreasing to its lowest value since the onset of the financial crisis.

“One of the main remaining question marks is over Europe, where a dramatic turn of events – such as the collapse of the euro – could send the world economy back to a 2008-like crisis,” explains Grossi. “However, given the slow, step-by-step approach that the European bureaucrats have adopted in recent years to try to solve the crisis, this is unlikely.” 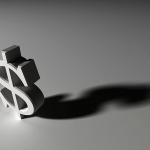 Highlights of the The Global Wealth Market in 2013:

* Datamonitor says that the Global Wealth Market is set for years of strong growth.

* Growth will be centred on emerging markets and North America.

* Datamonitor research shows that the Global Wealth Market is currently worth $71 trillion; this is $15 trillion more than it was worth in 2008.

* Datamonitor predicts that there will be 500,000 new millionaires created every year between now and 2017.

* Datamonitor says that the number of millionaires is set to reach 9.9 million by 2017.

* Datamonitor expects that Europe and Japan will experience minimal growth up to 2017.

For a free copy of the Datamonitor Financial white paper, based on “The Global Wealth Market 2013” report, please click HERE.

The Evolution Of The Oil Weapon