Goldman Sachs made up to an estimated Â£251 million (US$400 million) in 2012 from speculating on food including wheat, maize and soy, prompting campaigners to accuse the bank of contributing to a growing global food crisis.Goldman Sachs is recognised as the leading global player in financial speculation on food and other commodities, and created the first commodity index funds which allow huge amounts of money to be gambled on prices.

Anti-poverty campaign group the World Development Movement released the estimate today following the publication of Goldman Sachs’ 2012 results. The group is calling for tough rules to curb financial speculation on food, to prevent banks and hedge funds driving up prices.

The US has passed legislation to limit speculation, but the controls have not been implemented due to a legal challenge from Wall Street spearheaded by the International Swaps and Derivatives Association, of which Goldman Sachs is a leading member. Similar legislation is on the table at the EU, but the UK government has so far opposed effective controls. Goldman Sachs has lobbied against controls in both the US and the EU.

“Goldman Sachs is the global leader in a trade that is driving food prices up while nearly a billion people are hungry. The bank lobbied for the financial deregulation that made it possible to pour billions into the commodity derivative markets, created the necessary financial instruments, and is now raking in the profits. Speculation is fuelling volatility and food price spikes, hurting people who struggle to afford food across the world. The only thing that will stop banks gambling on hunger is tough regulation.” 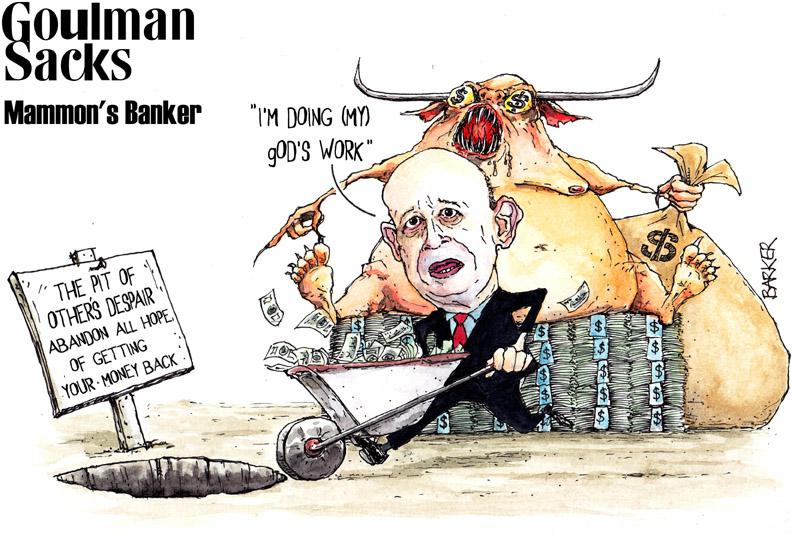