Google last week purchased one of the smaller players in the UK web based price comparison field, beatthatquote.com. This is an unusual buy for Google, which cost them Â£37.7 million.

Beatthatquote.com's British founder, John Paleomylites who owned 90% of the site, will of course grab the lion's share of the US giant's cash.

This is the second internet based killing that Paleomylites has made. He once ran JCP, an internet security company, which he set up in 1995 using a credit card but sold five years later for Â£40 million and reportedly personally made a cool Â£10 million.

Google has said that it wants to increase its price comparison operations and already runs the US Comparison Ads and some credit card and insurance exposure in the UK.

"BeatThatQuote.com today was sold to Google for GBP37.7 million. We think this deal is a tremendous opportunity for our company to develop new and innovative options for personal finance in the UK.

Our team is excited about becoming a part of Google. We look forward to working with their engineers to create new tools making it easier for consumers to choose the right financial products. We think we can offer more transparency and better pricing information than existing online offerings.

We are confident that by combining BeatThatQuote.com's expertise in UK financial products with Google's technology, we'll accelerate innovation in this field, benefiting consumers and the companies offering these products. We plan to keep working with our current partners and look forward to working with new ones, too." 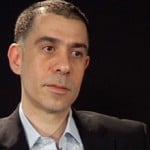 On first hearing of this last week I wondered whether future Google searches and ads would start to be skewed towards this new acquisition of their's. But on Googling 'beat that quote' the company website was not to be seen. No ads and no front page listing even a week after the event when one would have thought that Google searches for the company would have increased. So no evidence of that yet.

The company, founded in 2005, had a turnover to the end of last year of Â£8.5 million but also recorded a loss of Â£2 million. So being sold for Â£37.7 seems to be a very good deal for the founder.

But should Google actually be allowed to buy these types of sites that can easily of course be tied and tuned in to their search engine operations?