The BrandFinance Global 500 brand value league tables has ranked Google the most valuable brand in the world at $44.3 billion.

Google just managed to keep Microsoft at bay in second place by a mere $1.5 billion. BrandFinance has assessed that some of Google's relatively uncommercial ventures have had a positive impact on its overall brand value.

Facebook, although having a relatively opaque business model when it comes to monetisation of their offering, entered the rankings for the first time in 285th place with a valuation of $3.7 billion. Just a tad lower than the market valuation of $50 billion placed on the firm in January!

BP's recent problems have forced it down 53 places losing $3.4 billion on the way.

Coca-Cola though has dropped out of the league table top ten for the first time from 3rd to 16th with a value of $25.8 billion as consumers start choosing alternative healthier beverages.

BrandFinance says that with five of the top ten in the tables being technology orientated, this ' … reinforces the commercial importance of embracing technological innovation to give a seamless, value-enhancing brand experience for customers and consumers'.

Apple continued this technological theme by moving up twelve places.

Nokia suffered the largest fall, possibly after their CEO's 'Burning Platform' speech to his staff. 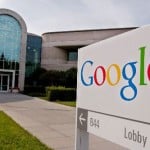 HSBC, which used to reside in the top ten has now dropped out leaving Vodafone with a $30.6 billion brand valuation as the only British participant to occupy those dizzy heights.

For those that doubt US resilience, a quick look shows that 13 of the top 20 companies in the table are US.

The CEO of BrandFinance, David Haigh, said ‘‘The rise of the technology brands has been expected for some time, although Nokia’s fall shows that it is tough to stay at the forefront of such a dynamic industry. Over the last couple of years, we have found that, across many leading companies, senior management are increasingly using brand valuation dashboards to monitor the health of their brands throughout the year in order to make better informed strategic marketing decisions. This trend is likely to continue as the sheer size of these brand values becomes impossible to ignore.’’