In its quest to 'give people the most relevant answers to their queries as quickly as possible', Google has amended its search algorithm to reduce the rankings of no and low value sites.

Although not openly stated in their blog article (Finding more high-quality sites in search), many pundits say that this move was specifically aimed at so called 'content farms'.

Google, still regarded as the search engine provider, say that this new algorithm, released for use in the US only at present but with plans for worldwide use in the pipeline, will affect 11.8% of search results making it one of their higher impact amendments.

Although they only very recently came under pressure to act against content farms, this change says Google has been in development for more than a year.

As pointed out by searchengineland.com there are two types of site that producers of original internet content would like to see 'punished' with low rankings. Scraper sites and content farms.

In late January Google's Matt Cutts announced a search algorithm change that would alter 2% of results so that searchers 'are more likely to see the sites that wrote the original content rather than a site that scraped or copied the original site’s content'. That is a move against the scrapers, those that directly plagiarise.

This latest more wide ranging change is being seen as a move against the content farms, those that churn out lots of shallow and/or low quality content. The 'Becoming Pregnant Should Be a Joyful Experience' example in the searchengineland.com article being a classic example of content farm content. 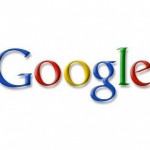 But it's not just the scrapers and farmers that are at it. Churnalism.com, a recently set up website, can be used to check if a news source article is original or whether it has been copied from another source or press release. The Guardian was given exclusive access to it before its launch and found a rather large amount of churnalism amongst all the major press organs, including themselves. The BBC News, says the piece, 'appears particularly prone to churning publicity material'.

To be honest the searcher probably doesn't worry about how original the piece is as long as it gives them the information they require, but they do demand quality. For the originating author there is the very real income from advertising revenue that is at stake as well as the proper recognition and impact on possible future earnings. For all these people Google's algorithm change cannot come soon enough.

Social housing for the future