Government and Bank of England policies are prompting a growing number of British pre-retirees and pensioners to move their pension funds out of the UK, reveal figures from the world’s largest independent advisory firm.

The deVere Group confirms that it transferred 35 per cent more UK pensions into HMRC-recognised Qualifying Recognised Overseas Pension Schemes (QROPS) during 2012, compared to the year before.

Nigel Green, chief executive of the firm that specialises in expat wealth management solutions, comments:Â  “More and more Britons who can move their pensions into a QROPS – in general terms that’s those with a British pension and who have left the UK or are planning to – are doing so.Â  Our QROPS business is up more than a third over a 12 month period.

“We attribute this significant increase to the mounting public perception that the government, which people believe is constantly changing the rules on pensions, cannot be trusted with them.

“As such, increasingly our British expat – or soon-to-be expat – clients tell us that they want to move the money that they have prudently put aside for their retirement out of the UK in order to safeguard it from the government which is quietly and not-so-quietly plundering pension pots in the form of scrapping age-related benefits, and with the plans to cut pension tax-breaks and the tax-free allowance, amongst other things.

“And the public is ever more aware that even if there were a change of government, pension raids would continue, with the opposition recently setting out its plans for a Â£1bn tax grab on pension contributions.” 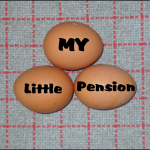 He adds: “Another major factor in the rising popularity of QROPS is the Bank of England’s Quantitative Easing (QE) programme which has permanently damaged the retirement income for millions of pensioners by helping to push annuities, which give retirees an income for life, to record lows.Â  A QROPS does not force you to buy an annuity.

“With it being revealed this week that Sir Mervyn King, the outgoing governor of the BoE, is in favour of extending QE, it is likely that we will see a further jump in the numbers of people considering moving their retirement funds out of the UK.

1 in 3 Brits against Canadian BoE governor