Commenting on the government’s decision to take childcare support for working parents out of the hands of employers Iain McMath, the CEO of Soxedo Benefits and Rewards Services, said:

"It is great news that the government is giving childcare the attention it has needed for so long and increasing the tax free support available to the hard working families who need it. However, the delay in introducing these measures raises some very serious questions as to the viability of the proposal.

"The changes won’t be introduced until Autumn of 2015, 18 months from now and after the next election. The long wait shows that the government is either unwilling or unable to improve the situation in the short term. This may be a result of the decision to outsource the entire programme to a company with no track record of delivering childcare support, rather than keeping it in the hands of the current voucher providers who have the experience and the infrastructure already in place. 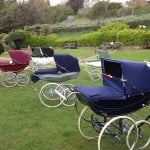 "In essence the government has taken the decision to nationalise the current childcare voucher system, a decision which means taking on the huge cost and complexity of building a new programme from scratch. This, along with the fact that the deadline falls in the post-election period, are certainly signs that suggest the government is expecting further delays to the already far away implementation date.