Responding to today's announcement by the government to set maximum hourly rates for agency staff used across the NHS, healthcare consultancy LaingBuisson has commented that the current situation – where agency staff costs have grown to £3.3bn – is part of a 'predictable pattern'.

Senior consultant Philip Blackburn said: 'Agency spending by the NHS increased dramatically in 2013/14 and 2014/15, exacerbated by A&E crises around winter time, but also because of underlining recruitment issues and skills shortages. However, this spend tends to follow a fairly predictable pattern with two or three years of rapid increases followed by a clampdown by government, as a new price-controlled framework is brought in and Trusts are directed to re-strategise to ensure their temporary staffing solutions are more efficient.'

He added: 'It happened in 2010 as new procurement initiatives were brought in in parallel with QIPP. This worked for a couple of years, then became less effective as is often the case when agency demand starts to pick up strongly, and market forces emerge again to decide prices.' 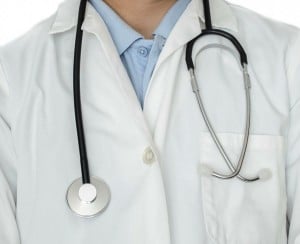 Looking forward, Mr Blackburn said: 'Going forward I suspect agency spending may have spiked for now. On a positive note though, the future is likely to see the wider use of commercial managed services for temporary staffing solutions, as there is a growing number of players in this space with their own whole-system solutions which propose significant cost-savings against in-house management.'

Expanding the debate to other areas of the UK healthcare scene, CEO of LaingBuisson, William Laing commented: 'The agency staff 'issue' is more widespread than the NHS. It's even worse in children's social care where some authorities have simply lost control of their staffing and accept a situation in which a large percentage of social workers leave full time council employment, sign up with agencies and are re-employed by councils at higher cost.'

He concluded: 'Use of agency staff is also seriously affecting some leading independent care providers, which have seen a collapse in underlying profitability, driven by high agency staff costs in addition to inadequate local authority fees. Diagnosis? There's always going to be a 'staff shortage' issue, but it's too easy to blame it on that. High agency use is usually a sign of some other underlying problem that is addressable by management.'

Violent crime on the rise